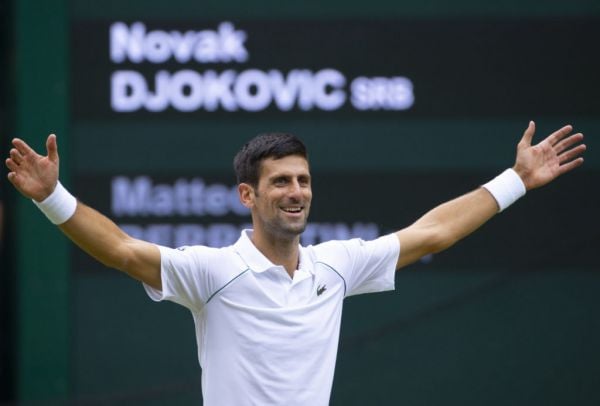 Novak Djokovic has been included on the entry list for next month’s Australian Open despite continued doubts over his vaccination status.

The world number one has said he is yet to make a decision on his participation in the tournament, for which all players are required to be vaccinated.

Djokovic could conceivably apply for a special exemption to play in the event, but would be required to undertake 14 days of quarantine as a result.

The nine-time winner has maintained people should have the “freedom to choose” whether or not to take the vaccine.

Tournament director Craig Tiley said last month: “There has been a lot of speculation around Novak’s position. He has noted and said publicly that it is a private matter.

“We would love to see Novak here (but) he knows he has to be vaccinated in order to play.”

All our love, @serenawilliams 💙

Serena Williams will definitely not be pursuing a 24th grand slam title in Melbourne after withdrawing from the event for medical reasons.

Williams wrote on the tournament’s Twitter feed: “Following the advice of my medical team, I have decided to withdraw from this year’s Australian Open.

“While this is never an easy decision to make, I am not where I need to be physically to compete.”

Williams, who withdrew from the US Open due to a hamstring injury, needs one more grand slam title to equal Margaret Court’s all-time record of 24.

Defending champion Naomi Osaka, who said after her US Open defeat to Leylah Fernandez that she planned to take a break from the sport, is on the list.

Absentees on the men’s side include Roger Federer and Stan Wawrinka, while Jeremy Chardy, who has not played since the US Open after having a bad reaction to the vaccine, is also out.