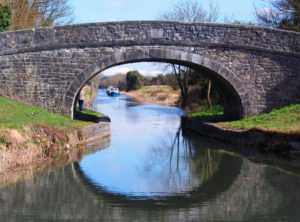 THE extension of the Grand Canal Greenway through Kildare got a huge shot in the arm this week (17 December) with the announcement of €2.8m in funding for 2022 from the Department of Transport.

This will allow for completion of almost 16Kms of canalside amenity, from the12th Lock in Adamstown (beside Grange Castle pharma plant) all the way to Sallins.

It is believed that this work will be done in two tranches, with €1.5m for Kildare County Council for the 11Km from Sallins to Hazelhatch and this is expected to be completed by the end of September.

A further €1.3m is for South Dublin County Council for the 12th Lock to Hazelhatch stretch, and this is expected to be completed by yhe end of the year.

“An investment of €2.8 million on the Grand Canal Greenway in 2022 will provide a great upgrade from Sallins all way to the 12th Lock in Adamstown,” he said.

The funding is part of an enormous €676m announced by Transport Infrastructure Ireland (TII) for Greenways and national road funding for 2022.

Funding of about €60 million has been allocated to around 40 Greenway projects across the country in 2022, in nearly every single county.

As part of the National Development Plan, Government has also earmarked €5.1 billion for spending on new national roads projects until 2030.