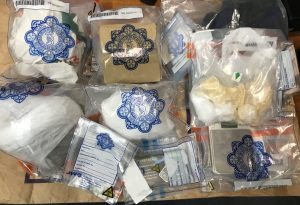 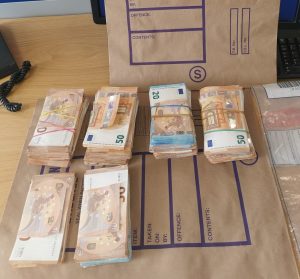 GARDAÍ in Louth have seized drugs with a value of €70,000 €45,000 in cash following an operation in Dundalk yesterday (4 January) as part of ongoing Operation Tara.

At approximately 11am, officers stopped and searched a vehicle on the Carrickmacross Road, during which €45,000 in cash was discovered concealed in the vehicle.

In a follow up search at a property on Park Street in the town, €53,000 worth of suspected cocaine and €17,000 of suspected MDMA and other drug paraphernalia was seized.

A man in his 50s was arrested in relation to this seizure and is currently detained under the provisions of Section 4 of the Criminal Justice Act 1984 at Dundalk Garda station.