New Kildare Manager, Glenn Ryan, has named his side to face Westmeath in Round 1 of the O’Byrne Cup at St Conleth’s Park on Saturday at 1pm and it includes six of the team which started in the Leinster Final against Dublin and a further four who either started or were on the bench on 1 August in Croke Park. 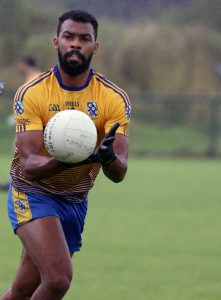 Former All Ireland U20 winning goalkeeper, Aaron O’Neill, of Carbury, makes a welcome return between the posts while there are starts in defence for Tom Harrington (Moorefield), Tony Archbold (Celbridge), and Jack Sargent of Eadestown.

There is a new position for Celbridge’s Kevin Flynn who is joined at midfield by his club colleague, Kevin O’Callaghan. Paul Cribbin returns from injury to the half forward line where there is yet another newcomer in Padraig Tuohy of Eadestown. Jimmy Hyland is joined in the full forward line by Paddy Woodgate (Raheens) and Adam Steed of St Laurence’s.

Newcomers or returnees on the bench include Tom Kinsella and James Murray (both Moorefield), Michael Joyce (Round Towers), Eoghan Lawless (Suncroft), Davy O’Neill (Round Towers) and David Randles (Ballyteague).

Westmeath Manager, Jack Cooney, has named a very experimental side for the game with only four of the match day squad which lost to Kildare in the Leinster semi final last July due to start on Saturday.