IT’S hard not to have one eye on Kerry when perusing the Kildare selection for Thursday night’s O’Byrne Cup Group C meeting with Carlow in Netwatch Cullen Park (7.30 pm). 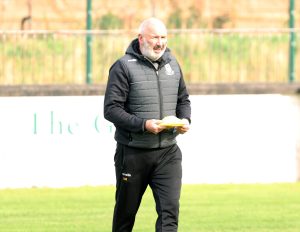 In stark contrast to his predecessor Jack O’Connor, now back for a third term with the Kingdom, who has picked very strong teams to steamroll past Limerick and Tipperary in the McGrath Cup, Ryan is operating with a relatively inexperienced panel as he navigates through the lead-up to the Allianz League opener on 30 January in Newbridge.

Although supporters are forever craving “new faces” and there’s an argument (which Ryan will emphasise no doubt) that character and attitude are what Kildare need to turn a corner under the Round Towers man, there’s a nagging concern about the number of senior players currently unavailable for one reason or another with that Kerry game just over two weeks away.

But it’s the absentee list that will concern Kildare supporters as we head towards the league programme. The Naas players are naturally given a break which rules out Eoin Doyle and Paddy McDermott to name two, but also missing for the second game are Fergal Conway, Kevin Feely, Mark Donnellan, Neil Flynn, Ben McCormack and Aaron Masterson from last year’s championship.

While at least two of those are covid-related, we understand, the injury list also contains Darragh Kirwan (calf) and Alex Beirne (hamstring) from Naas, while Brian McLoughlin (though named on the bench) has also been struggling for fitness. Mark Dempsey, Luke Flynn, Niall Kelly and Conor Hartley are no longer involved, although a panel has not been made public.

A trio of new players did show a lot of promise on Saturday – Paddy Woodgate, Jack Sargent and Tony Archbold, although the latter is a notable absentee from the panel against Carlow. More importantly, the style of play, with high pressing from the forwards and plenty of direct kick-passing (although maybe a few too many high balls to diminutive Jimmy Hyland), found favour with many supporters.

Westmeath, with fewer experienced players on show than us, offered very little threat on Saturday and Carlow also appear to be in a period of transition under Niall Carew after the much-lauded but short-lived #CarlowRising days but a win tonight would at least guarantee a semi-final place against the winners of Group 2 (Meath, Laois, Wicklow, Wexford).

That game was originally scheduled for next Wednesday night with the final the following weekend but the postponement of Meath’s game against Wicklow for covid reasons may require a re-arrangement. Besides, Kildare need to do the first part of the job on Wednesday night.

Tickets for tonight’s game are available at this link: