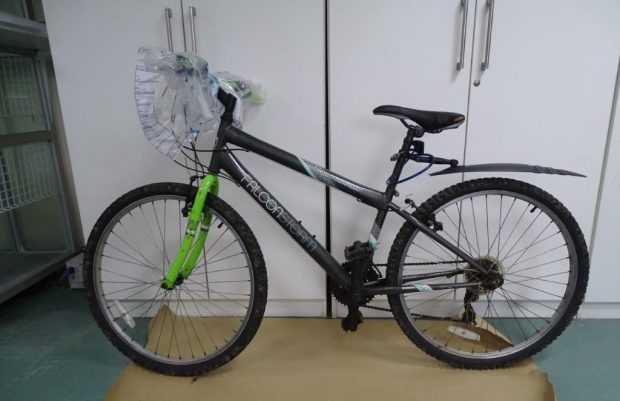 GARDAÍ investigating the murder of teacher Ashling Murphy are appealing for information in relation to a mountain bike.Investigating officers have released a picture (above) of the Falcon Storm mountain bike, as part of their ongoing enquiry into the shocking killing in Tullamore yesterday.

In a statement released just before 5.15pm today, gardaí said they are continuing to investigate the fatal assault that happened at about 4pm on Wednesday, 12 January along the canal bank at Cappincur, Tullamore.

A post mortem has been completed, the results of which are not being released for operational reasons.

A man in his 40s remains detained at Tullamore Garda Station under the provisions of Section 4 of the Criminal Justice Act, 1984.

The statement said: “An Garda Síochána are appealing for any information on a Falcon Storm mountain bike, with straight handlebars and distinctive yellow/green front forks.

“Gardaí are appealing for any person with any information on this fatal assault to come forward.

“Gardaí continue to appeal to any persons that were in the Cappincur/Canal walk area of Tullamore before 4pm yesterday afternoon to make contact with them.”