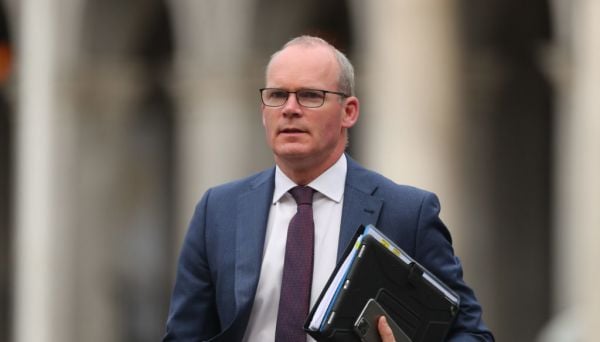 Minister for Foreign Affairs Simon Coveney has ordered an investigation into a gathering of staff in his department during lockdown in June 2020.

A picture, shared on social media in the aftermath of Ireland winning a UN Security Council seat, showed officials drinking champagne in the offices of Iveagh House.

The investigation will be conducted by the department’s new Secretary-General, Joe Hackett.

A spokesperson for the Department of Foreign Affairs told the Irish Examiner: “On January 13th Minister Coveney asked his current secretary general to report on the impromptu gathering in the department in June 2020 and has asked for that report by the end of the month.”

At the time of the gathering, Ireland was in Phase Two of the reopening plan and people were only permitted to meet six people from outside their household indoors.

The report is expected to be concluded by the end of this month.

Mr Coveney said last week he would be willing to go before the Oireachtas Foreign Affairs committee to answer questions about the event.

“This was the 17 June 2020 and it was an evening when I, with the Taoiseach, was watching in the Department of the Taoiseach the vote in the UN that resulted in us gaining a seat on the Security Council after three or four years of campaigning to be there,” Mr Coveney said.

“Unfortunately, in my Department, there were 20 or so officials who have been very much involved in that successful campaign and when the vote came true, they celebrated in a way that they shouldn’t have. They let their guard down.

“I have to say they’re all mortified by what happened now and that shouldn’t have happened, and the Department has apologised for it.”

Mr Coveney said that by the time he arrived to congratulate staff, there was no party, and they were back at work.

He was informed that evening about the social media post, but did not feel it warranted further investigation at the time.