He gave me a ring and I gave him Covid 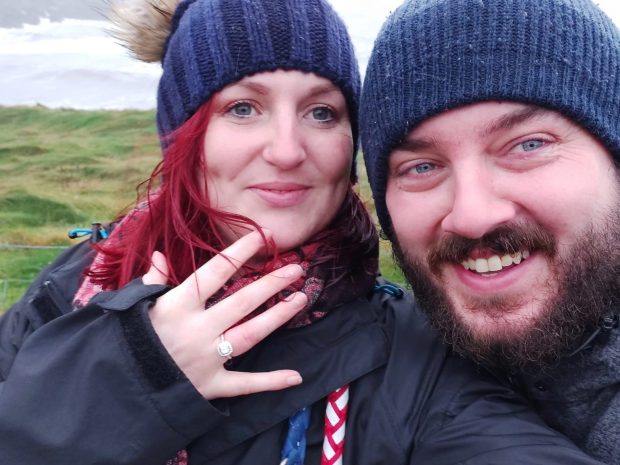 Ballysax native Robert Carroll got more than he bargained for when he proposed to his partner Carlow councillor Adrienne Wallace.

“He gave me a ring and I gave him Covid” quipped the county councillor as fellow councillors offered their congratulations on her recent engagement.

At last week’s online meeting, several members took the opportunity to congratulate Cllr Wallace on her engagement over the Christmas holidays, but the People Before Profit councillor was quick to point out that Covid-19 had put paid to the celebrations!

“He gave me a ring and I gave him Covid,” she smiled.

“Was that a fair exchange?” asked Cllr Charlie Murphy.

The People Before Profit councillor gave love a ringing endorsement when Robert romantically proposed on a Cork beach, while the couple were in Adrienne’s native county on 30 December.

“I’m delighted,” she told  the Nationalist. “We were out on the beach with the dogs and he proposed and then we went for a walk along the cliffs … it was lovely and to be in Cork and able to have family around to celebrate with,” she added.

Robert from Ballysax, Co Kildare and Adrienne have been dating for two-and-a-half years.

“Our first date was actually in Oak Park so he was going to propose there, but with everything going on he did it when we were in Cork. Yeah, he had the ring and everything – he did well,” she laughed.