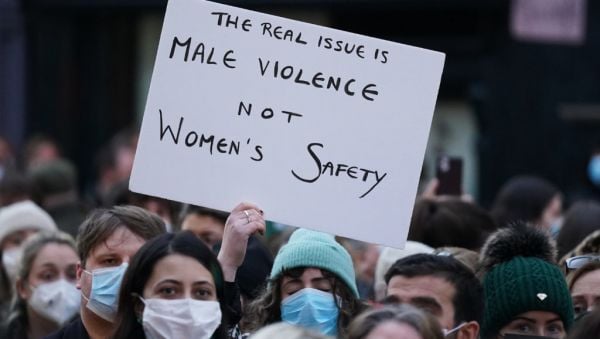 The CEO of Safe Ireland has called for an “all of Government” response to domestic, sexual and gender based violence.

Mary McDermott told Morning Ireland that at present there is no Government minister with full responsibility for domestic, sexual and gender based violence.

She said that responsibility is spread across a number of departments, where it was “fragmented and scattered”.

A deep-seated problem like this needs a whole of Government response, Ms McDermott added.

A high level unit in the office of the Taoiseach should be established and everything – from language down – should be addressed, she said.

Her comments come as Minister for Justice Helen McEntee pledged the Government’s new strategy on domestic and gender-violence would have a clear goal of “zero tolerance” for any violence against women following the murder of Ashling Murphy in Co Offaly on Wednesday.

“What is being set out is four key pillars: protection, prevention, prosecution and policy co-ordination,” she said.

The strategy is expected to be published in March with an emphasis on education about violence against women in Irish society.

As reported in The Irish Times, the murder of Ms Murphy is expected to dominate proceedings in the Oireachtas when it returns on Wednesday.

Included in the schedule is a debate on a Sinn Féin private members’ motion on gender-based violence as well as statements from party leaders.