Glenn Continues To Welcome Back Experienced Players For O’Byrne Semi

KILDARE manager, Glenn Ryan, continues with experimentation as his side faces Laois in the semi final of the O’Byrne Cup in Netwatch Cullen Park on Wednesday night at 7.30pm 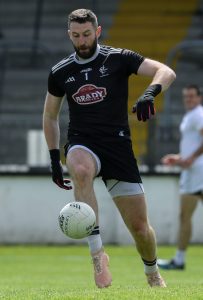 Mark Donnellan returns between the posts for the O’Byrne Cup semi final versus Laois in Carlow on Wednesday night Photo: INPHO/Lorraine O’Sullivan

Having said that, the Round Towers man, welcomes back such an experienced player to the starting 15 as goalkeeper, Mark Donnellan, as well as Aaron Masterson, Ben McCormack and Fergal Conway to the substitutes bench. The likes of David Hyland, Liam Power, who forms a new midfield partnership with Tadhg Hoey of Sarsfields, Kevin Flynn, Daniel Flynn and Jimmy Hyland continue to get game time in advance of the Allianz League game against Kerry at the end of the month.

Players such as Paddy Woodgate, Tom Harrington, Tony Archbold and Davy O’Neill, who scored two goals against Carlow last week, are given further chances to impress as the manager must do without a number of players who are on Sigerson Cup duty this week.