Teens arrested in Tallaght for shooting at a squad car 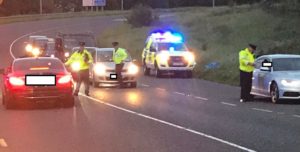 TWO teens, arrested yesterday (17 January) in relation to shots fired at a garda car last July in Tallaght have been released, and a file on the incident will now be prepared for the DPP.

Gardaí investigating the shooting which occurred shortly after 2:30am on 24 July in the Rossfield Avenue area of Tallaght arrested two males, one in his late teens, and a male juvenile.

The male armed with the handgun discharged a number of shots towards the Garda patrol car, and one of these shots struck the vehicle.

All three men then fled the scene, but no gardaí were injured during this incident.