WE already had a four person All Star Management Team in Glenn Ryan, Anthony Rainbow, Johnny Doyle and Dermot Earley appointed by Kildare County Board last October. Another All Star, Brian Lacey, was soon added on Stats and Analysis. 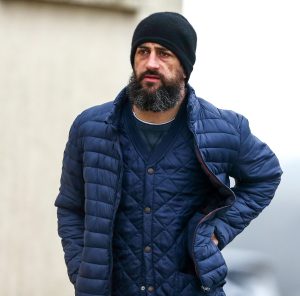 Speaking to local media on Tuesday, Glenn Ryan outlined the role that another All Star, Kerry’s Paul Galvin, would play on the Kildare Backroom Team.

The four time All Ireland winner with three All Star Awards has joined the Kildare set up as Skills Coach as Glenn Ryan explained, “He’s helping out with the skills and we are trying to improve elements of the skills where we could have seen that we could get a little bit better. When you are getting an extra pair of eyes looking at things and, while it will be a low key involvement, if there is something that will give us that extra little bit it will be a help. He will be part and parcel of a team where everybody has an input and everyone has a job of work to do and they are all important.”

“From our perspective it is important that we get the right people to do those jobs that we think need to be done,” Glenn Ryan added.

Paul Galvin, who spent a short time as Wexford manager, as well as winning All Ireland’s and All Stars, also won seven Munster and three National League titles with Kerry.

After losing to Laois on penalties to Laois in the O’Byrne Cup semi final on Wednesday night Kildare’s focus now turns to the Allianz League where they will face Kerry in Round 1 of Division 1 on Sunday 30 January in St Conleth’s Park.