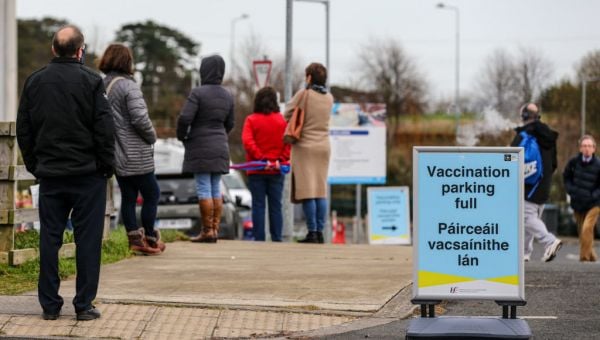 Ministers have been told that 100,000 Covid-19 vaccines expired in the last week amid slowing demand for vaccines, with up to half a million set to go out of date in the next fortnight unless demand increases.

While 2.6 million booster doses have been administered in recent weeks as part of an accelerated rollout, Cabinet was warned today that there has been a “significant slowing” in demand for boosters in recent weeks, especially among younger people.

As The Irish Times reports, the doses that are set to expire were given out to GP surgeries, pharmacies and mass vaccination centres during December.

There is an estimated uptake of between 40 per cent and 66 per cent in the 18-49 age group, Cabinet was told. This is despite a range of efforts to drive uptake rolled out in recent weeks, which will be redoubled in the coming days even amid widespread relaxation of restrictions.

These include targeted measures aimed at areas with poor uptake, and specific regional advertisements. An immunocompromised vaccine campaign is also to be launched, while further pop-up GP clinics in third-level institutions are being planned.

Meanwhile, Ministers were told that 23 per cent of five- to 11-year-olds have been registered to date for their vaccine, with 80,000 out of an estimated population of 482,000 having received their first dose.

However, the rate of registration has also slowed among this age group in the last week.

The expectation is now that this phase of the booster programme will extend into April – perhaps even longer, with the efforts to drive uptake among those who were diagnosed with Covid from mid-December onwards.

These people are currently not advised to seek a booster shot, until they are three months past their diagnosis. The Cabinet was told that this phase will be “both complex and expensive to deliver” with further risk that vaccines will go off, thanks to volatile levels of weekly demand for shots and differing geographic access to vaccines.

It comes as this evening, Ireland logged 10,600 further cases of Covid-19 on Saturday, as the number of people hospitalised with the virus fell for the fifth day in a row.

6,689 cases were confirmed by PCR test, while 3,911 positive antigen test results were uploaded to the HSE portal. The Department of Health has cautioned that self-registered test results are not directly comparable with laboratory PCR-confirmed cases.