VIRTUAL meetings of both An Coiste Bainistíochta and Ard Chomhairle of the GAA took place on Friday night and on Saturday respectively following which Croke Parke announced in a statement on Saturday, “It was agreed to put forward the ‘green’ proposal for the football championship to Congress for consideration, and also to submit a motion to introduce an U19 Minor Intercounty Hurling and Football Championship from 2023 onwards.

It was agreed to allow the decision to include Kerry in Appendix 4 of the Official Guide to stand.” 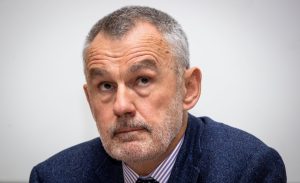 The Green Motion in effect includes the Leagues, the Provincial Championships and a Round Robin Championship and Tailteann Cup competition.

The Croke Park statement went onto add, “Motions submitted by units relative to the coaching and games funding model(referred to Ard Chomhairle by the Rules Advisory Committee), along with a proposal from the National Games Development Committee, which was presented to members, will now be discussed by counties with a view to the introduction of a new funding model beginning with the financial year 2023.”

A motion on the funding model for GAA Coaching has been championed by John Connellan of Westmeath and it will be a case of wait and see if today’s GAA decision will satisfy Connellan and his supporters.