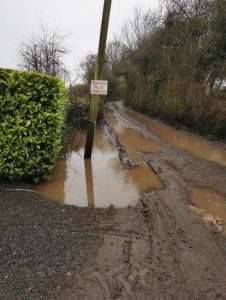 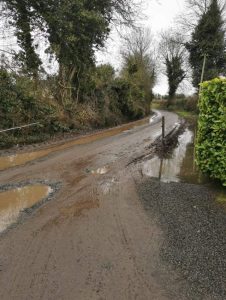 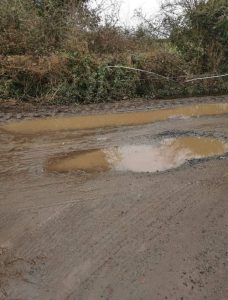 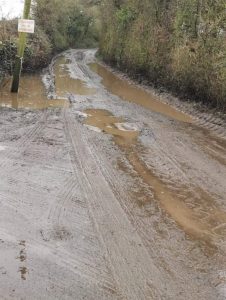 Kildare Co Council has been called on to plan, schedule and carry out upgrade works to drainage and reinstatement of the road surface at Killeen Lane in Kildangan (pictured) this year.

The issue was raised at Athy MD’s January meeting by Cllr Mark Leigh, who was informed that this work can be considered in light of the Community Involvement Scheme allocation to the council in 2022.

Cllr Leigh said he’s a big fan of the Community Involvement Scheme but this road is one of 10% it won’t suit, noting that most residents are pensioners.

He said the lane is probably the worst surface they have in the MD at the moment and he would love to see drainage and surface done this year.

Cllr Aoife Breslin remarked that the vast majority of people there are not in a position to contribute to a scheme, while Cathaoirleach Ivan Keatley said he would ask that this road is costed and said that in the past there has been flexibility in terms of how much a contribution would be.

“We can look at it,” said area engineer Dave O’Flaherty, adding that they haven’t got the Community Involvement Scheme allocation for 2022 yet. “We will price it.”