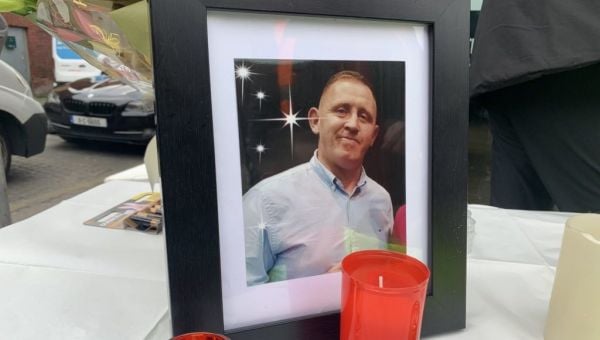 A memorial service for a father who is believed to be the first rough sleeper to die on the nation’s streets this year was held on Sunday, remembering a “big man with a big heart”.

Columb Fogarty (47), a former presenter on the radio station NearFM who was originally from Longwood in Co Meath and later lived in Fettercairn in Tallaght, died last Sunday on Dublin’s Moore Street, close to the entrance of the Ilac Centre.

Mr Fogarty, who worked “tirelessly” to help the homeless, had been a recovering heroin and alcohol addict who had been clean for three years thanks to a one-year residential rehabilitation programme in Coolmine Lodge, Dublin.

A memorial held by several outreach homeless services on Moore Street at 1.30pm today saw scores of people gather to lay flowers, release balloons in his memory and speak about the work he did to help others.

Mr Fogarty’s son Liam lit a candle at the spot his father died, as a minute’s silence was held in his memory.

‘Generous to a fault’

Irene Cody Murphy, an outreach volunteer, spoke to the mourners who gathered to honour Mr Fogarty and offered her condolences to his mother Trish, father Gerry, partner Mary, son Liam and sisters Trish and Melissa.

“On behalf of Columb’s family, I would like to thank everyone for the messages and tributes as they gave his family great comfort. Columb was a big man with a big heart and made a huge impact on this world and on a lot of us, especially during his three years clean and sober. 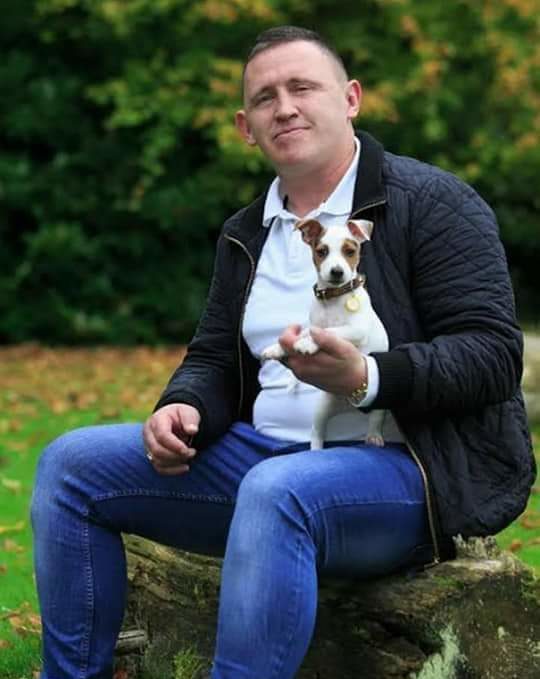 “He helped thousands of people, whether it was a single man in need, a family in crisis due to addiction, a rough sleeper or even an animal. He really was generous to a fault. We (must) remember Columb the way he would want us to with laughter, love and music.”

Since Mr Fogarty’s death, another two people have died on the streets of the capital.

“I would like to also remember the two lives that were lost to homelessness on our streets. The death of any homeless person has a huge impact on outreach workers as they become friends to us as we are with them for many years,” said Ms Cody Murphy.

Independent councillor and former Lord Mayor of Dublin, Christy Burke, who worked alongside Mr Fogarty feeding those experiencing homelessness at nighttime, said that “month after month people are dying on our streets. It must stop now.”

“Housing Minister Darragh O’Brien has the power to help people who find themselves on the streets. The Minister needs to stop telling us he is going to sort this crisis out – actions are what is needed. My sorrows go to his family.”

Mr Fogarty is understood to have died from natural causes.

At least 58 people experiencing homelessness died last year, according to data collated by the Dublin Region Homeless Executive (DRHE), compared to the official figure of 48 in 2020 and a large jump from 26 in 2019. Anecdotally, the figures for 2020 are said to be higher at 78.