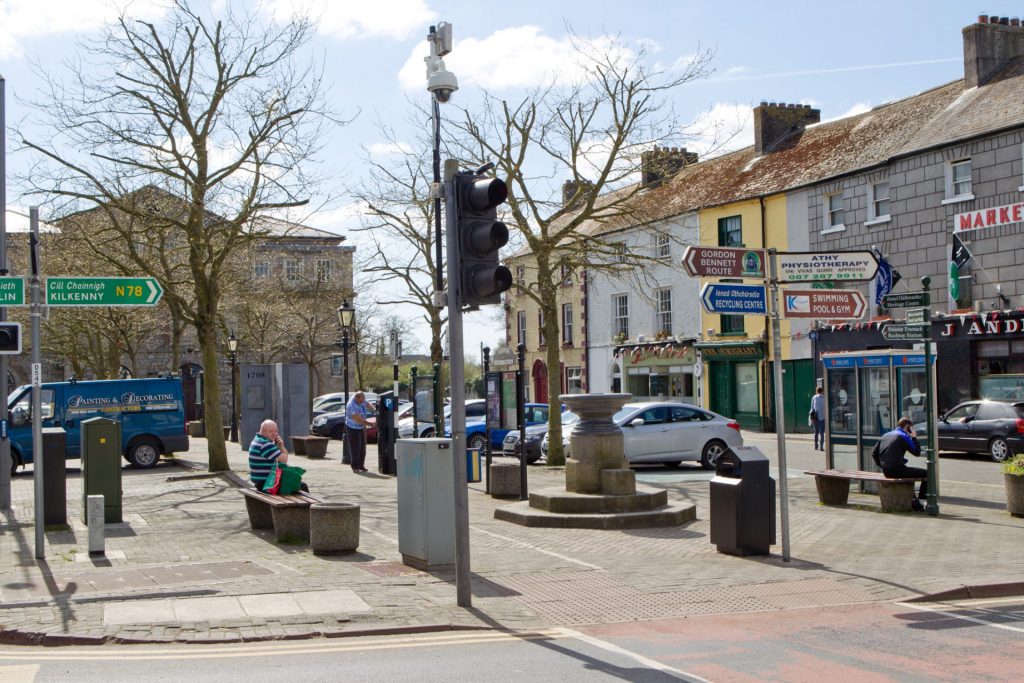 Reinstatement of a power source in the centre of Athy’s Emily Square has been sought to facilitate upcoming projects.

That call was made by local councillor Mark Leigh who was told that there are proposals under the proposed redevelopment works to provide a power supply to the square – but this work is not proposed to start until the third quarter of this year.

Cllr Leigh recently announced that the Irish Maker’s Market will be coming to Emily Square in Athy every Sunday from the end of February onwards. He noted that the market places an emphasis on quality artisan goods and products and has a solid base in Newbridge and Kildare town already.

Cllr Leigh told Athy MD’s January meeting that providing a power source in the next few weeks is absolutely essential.

Area engineer Dave O’Flaherty noted that there was originally a power source put there but it couldn’t be found, adding that it was originally done under Athy Town Council. He said it could be incorporated into the work the Public Realm team are doing.

Cllr Brian Dooley was of the view that they need to have something in place for the market.

Mr O’Flaherty said he could meet Cllr Leigh on-site but that he thinks it will have to be assimilated into the overall plan for the area.

Cllr Leigh said they should look at this in the next week or so and spoke of getting a contractor in to have a look.

Update (11.45am): Cllr Leigh said this matter has been rectified and a power source will be available in time for the Maker’s Market.