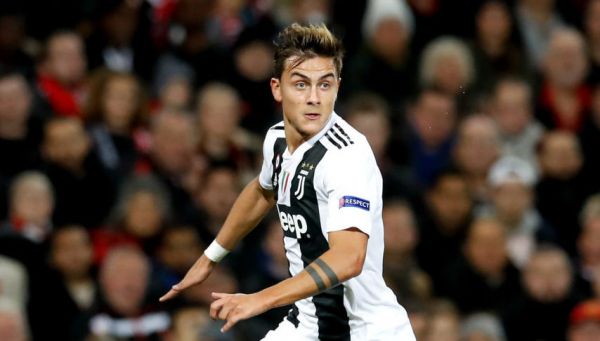 What the papers say

Liverpool have contacted Juventus forward Paulo Dybala, according to the Sun, in one of the first whispers of incoming transfer possibilities for the Reds this window. The paper cites Italian publication TuttoMercato in its report that the 28-year-old forward may be on his way out of Juve due to the arrival of Dusan Vlahovic.

The Daily Mail writes that talks between Newcastle and Manchester United over a Jesse Lingard loan deal have stalled due to high demands on United’s part. The paper writes that United had asked for a £12 million (€14.4 million) survival bonus on top of a loan fee and the 29-year-old midfielder’s wages.

Manchester City are “on the brink” of signing 17-year-old MTK Budapest winger Zalan Vancsa, according to the Telegraph. Vancsa – who has attracted interest across Europe and England after a breakthrough season – will be City’s first signing of the transfer window if they can seal the deal.

And the Daily Star reports Arsenal’s Pierre-Emerick Aubameyang is looking for a steep wage increase as part of a potential deal with AC Milan. The former captain has been isolated at the Gunners and has reportedly rejected an offer from Saudi team Al Nassr. But a move to Italy looks doubtful as according to the paper the 32-year-old is asking for more than double the wages of AC star Zlatan Ibrahimovic.

Mitchel Bakker: Newcastle are making another attempt at signing the 21-year-old Bayer Leverkusen full-back, according to 90min.

Adama Traore: ESPN reports the 26-year-old Wolves’ winger, who has been targeted by Tottenham, is also the subject of interest from Barcelona.