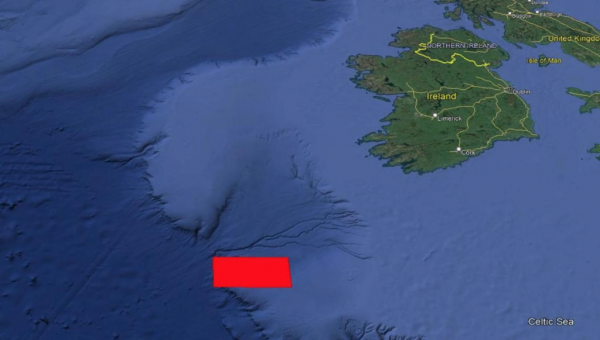 The Department of Transport has released an official warning over “live fire” Russian navy exercises set to take place off the southwest Irish coast in February, with some fishermen indicating they intend to disregard the caution.

In a marine notice to shipowners and all seafarers, the Department cautioned of “serious safety risks” posed by the exercises involving the launching of rockets.

Fisherman have criticised the notice and indicated plans to disregard the warning, with the chief executive of the Irish South and West Fish Producers Organisation saying Irish fishermen “will be there first next week.”

“The Department of Transport has been advised by the Irish Aviation Authority (IAA) that the Russian Federation will carry out manoeuvres off the southwest coast of Ireland from 03 February 2022 to 08 February 2022 inclusive,” the Department said in the notice.

The exercises will take place outside of Ireland’s territorial sea, it added, but within Ireland’s Exclusive Economic Zone (EEZ), an area of sea where the country has special rights regarding exploration and the use of marine resources.

“The Russian Federation has indicated that the exercises will include the use of naval artillery and launching of rockets,” the Department said.

“Given the nature of the planned exercises and the presence of naval forces, vessels and crew are advised of serious safety risks in the operational area.

“Masters should navigate their vessel to ensure safety at all times.”

‘We’re going out to fish’

The Russian drills have been criticised by the Government, with the Taoiseach and Minister for Foreign Affairs saying they are “not welcome”.

Irish fishermen have also called for the navy exercises to move away from the fishing grounds used by Irish boats, with representatives meeting with the Russian ambassador over the issue today.

Speaking on Thursday morning, chief executive of the Irish South and West Fish Producers Organisation Patrick Murphy said that the Government “should hang their heads in shame at what they’re doing to Irish fishermen.”

“Who is the Government standing by?” he asked on RTÉ radio’s Today with Claire Byrne show. “Are these fishing grounds or military manoeuvre grounds?” he added.

Any efforts to shorten the length of time for fishing would jeopardise the financial stability of the fleet, he said.

Mr Murphy said that the notification sent by the Department of Transport to fishermen should have been sent to the Russians.

The fishermen will be there first next week, he said. It was a biologically sensitive area and military activity could reduce fish quantities for years to come, he warned.

“Our industry is at extinction level,” he said. “We have been totally and utterly undermined. There have been confused and mixed messages from Government. They should be standing with fishermen.”

“No-one picked up the phone to us. Most fishermen are 21 days at sea, they have a right to do their business without the worry of missiles or rockets launching,” he added.

How can it be reckless to defend your livelihood?

Brendan Byrne, chief executive of the Irish Fish Processors and Exporters Association (IFPEA), also defended plans to travel to the area where the military exercises are to take place.

“How can it be reckless to defend your livelihood? What we are fighting for is basic rights for the Irish fishing industry,” Mr Byrne said.

“We are doing nothing different this year as we have been doing for hundreds of years.

“There was a failure by Government to communicate to us and there is a lack of understanding of the value of these fishing grounds.

“We are here (meeting with the ambassador) to explore the options of Russia to facilitate the Irish fishing industry.

“I don’t think the Russians intended to go into one of the most lucrative fishing grounds for the Irish. That was an unforeseen consequence.

“We are here on behalf of our sector to tell the Russians that traditionally we are there, we are there currently and to watch in their actions.”

It comes as a number of large Russian warships have been spotted sailing towards Ireland ahead of a planned naval exercise off the coast of Cork next month.