Five Changes For Kildare U20 Hurlers

KILDARE U20 Manager, Eoin Stapleton, and his Management Team have made five changes from the side which lost 2-22 to 1-13 to Laois in Round 1 for Saturday’s Round 2 clash with Carlow in the Leinster U20 Hurling League. The match will throw in at 12 noon at Manguard Plus Kildare GAA Centre of Excellence in Hawkfield. 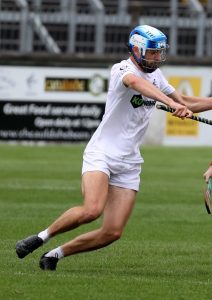 Clane’s Cian Shanahan, retains his place at centre half back on the Kildare U20 side to face Carlow in the Leinster U20 Hurling League Photo: Sean Brilly