KILDARE Minor Manager, Niall Cronin, and his Management Team have named the team that will face Offaly in Group 2 Round 1 of the Electric Ireland Leinster Minor Football Championship at Bord Na Mona O’Connor Park on Saturday, throw in 12 noon. 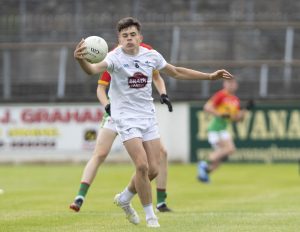 After trials involving some 140 players Cronin and his Management Team whittled that down to a panel of 36 from 16 different clubs and Saturday’s team, will be captained by centre half back, James Harris (Castlemitchell). Harris along with Killian Browne (Celbridge) were members of last year’s Kildare minor team.