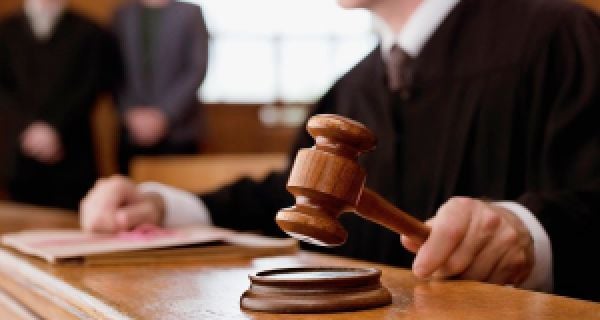 Two companies have pleaded guilty before Limerick Circuit Criminal Court to breaching safety laws which led to the deaths of two stonemasons who drowned whilst carrying out work on a bridge in Limerick six years ago.

Father-of-two Tim ‘TJ’ O’Herlihy (36) from Castleisland, Co Kerry, died alongside his workmate, Bryan Whelan (29) from O’Briensbridge, Co Clare, after they became trapped beneath the surface of the River Shannon in Limerick City on August 29th, 2015.

The men were working from a cage-like platform that was suspended over the side of Thomond Bridge and held by a wire attached to a winch-crane, when the platform plunged into the river.

Mr O’Herlihy and Mr Whelan, who were both wearing life jackets, were also each harnessed into the cage and failed to get out of the structure and died under water.

Paul Murphy (26) from Askeaton, Co Limerick, who was working alongside Mr Herlihy and Mr Whelan on the platform, managed to escape and was rescued later by emergency first responders in the water.

Following investigations by gardaí as well as the Health and Safety Authority, criminal charges were brought against Nationwide Crane Hire Ltd, with a registered address at Dock Road, Limerick, as well as Palfinger Ireland Limited, registered at Church Hill, Cloncollog, Tullamore, Co Offaly.

On Monday, representatives from both companies pleaded guilty on behalf of the firms to breaching the Health, Welfare and Safety at Work Act, 1989 and 2005, which led to the deaths Mr O’Herlihy and Mr Whelan.

The court heard that Palfinger supplied the crane, fitted with a winch, to Nationwide Crane Hire Ltd, formerly known as Cussen and Co Crane Hire Limited, at its premises at Dock Road, Limerick, on March 12th 2003.

Luke Carbery, a director of Palfinger Ireland Ltd, on behalf of the company, pled guilty that Palfinger failed to take steps that were necessary to ensure that Nationwide Crane Hire Ltd was provided with adequate information about the use for which the crane and winch had been designed or tested, and about conditions relating to the crane and winch so as to ensure that, when in use, it would be safe and without risk to health, and that it failed to provide any or any adequate information about the carrying out of a functional test of the winch crane’s safety overload protection systems.

Nationwide Crane Hire Ltd, through a company representative Brendan Rainsford, pleaded guilty to a charge that on August 29th 2015, at Thomond Bridge, Limerick, it, being an employer, failed to ensure as reasonably practicable that contracted workers were not exposed to risks to their safety, health and welfare.

Nationwide admitted it failed to ensure the winch crane, which was mounted on a lorry, provided and operated by Nationwide for the purpose of lifting persons in a man-basket over the River Shannon to carry out work on Thomond Bridge on the day, was in a safe condition, and, in particular, that the overload protection safety device on the winch of the crane was defective and did not operate to protect the wire rope on the winch from being overloaded, thus being in breach of section 12 of the Safety, Health and Welfare at Work Act 2005, “and as a consequence TJ O’Herlihy and Bryan Whelan suffered personal injury and died”.

Prosecuting senior counsel, Shane Costelloe, described it as a “tragic incident where two men lost their lives and a third was swept out along the River Shannon to the ocean before being rescued”.

Mr Costelloe said the companies’ sentencing hearing will take a number of hours “to talk the court through what has been accepted went wrong on the day”, and to hear victim impact statements from the families of both victims.

Paul Murphy is also expected to provide a statement at the sentencing hearing on the impact the incident and death of his co-workers has had on him.

Mr Costelloe said the State would be producing the crane as an exhibit for the court to inspect at the sentencing hearing: “We will produce the crane, it will be brought here to the court, it’s currently in Cahir (Co Tipperary).”

Judge Tom O’Donnell, presiding, said he will “inspect the crane” before passing sentence.

The O’Herlihy and Whelan families, and Paul Murphy and his wife, were in court to hear the companies’ guilty pleas, and they did not comment afterwards.

Speaking outside the court last December after a date was fixed for a trial, Bryan Whelan’s parents John and Margaret Whelan, through their solicitor Rachael O’Shaughnessy, HOMS Assist, said: “We have waited more than six years to get answers as to why our 29-year-old son died tragically in a workplace accident, at Thomond Bridge, in August 2015.

“We have suffered immeasurable grief, and (it) has been heartbreaking. However, we hope that today brings us one step closure to gaining closure.”