FRIDAY is another big day at the Aintree Festival in a big weekend of sport worldwide.  The First Grade 1 is the Betway Novices’ Hurdle at 2.20pm. Jonbon ran a cracking race in the Supreme Novices behind Constitution Hill at Cheltenham last month. Constitution Hill was very, very impressive and Jonbon was beaten 22 lengths by him. There is no Constitution Hill in this race. 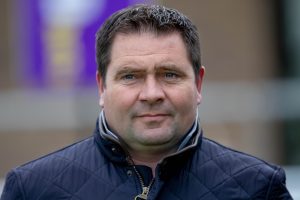 Willie Mullins is bringing El Fabiolo over who has had one run over hurdles for him. He won in impressively Tramore at a price of 2/7. He was third in a hurdle race in France before Willie got him but he needs to improve an awful lot to beat Jonbon.

Peter Fahey’s horse, Surprise Package, ridden by Kevin Sexton, might be the surprise here. Peter has done it before, he ran a horse in a handicap and then arrived to a Grade 1 with Surprise Package. He was very impressive in England in a handicap before Cheltenham but he probably ran a little bit below par in Cheltenham when he finished 6th but I think he’ll have a chance at 10/1.

Overall though I think it is Jonbon’s race to lose as I can’t see any of them getting close to him and I think Surprise Package would be a good each way bet.

Grade 1 Race No 2 on Day 2 is the 3 mile Betway Mildmay Novices’ Chase at 2.55pm and Bravemansgame goes here. Paul Nicholls’ horse was taken out on the Wednesday morning in Cheltenham following all the rain. He’s unbeaten over fences but we all saw what Venetia Williams’ horse, L’Homme Presse, actually did in Cheltenham. I actually watched that race thinking he’s a real Gold Cup horse contender next year.

The horse he beat in Cheltenham was Ahoy Senor and now we have the three of them taking on each other in a four runner field in this one at Aintree, with Gordon Elliott’s Fury Road also going. Unfortunately I think Fury Road is going to be a bad fourth. We are going to get the match that we thought we’d have in Cheltenham with Bravemansgame and L’Homme Presse and we just can’t forget about Ahoy Senor.

I’m a big L’Homme Presse fan and I can see him turning over Bravemansgame on Friday.

Fakir D’Oudairies didn’t go to Cheltenham so he’s coming here a fresh horse and he goes on any kind of ground so everything is in his favour and he’s the one for me to take Marsh Chase.

The final Grade 1 on Friday is the Novices’ Hurdle at 4.40pm. Banbridge is Joseph O’Brien’s horse that won the conditioned jockeys’ race in Cheltenham when Mark McDonagh rode him. They always say that it takes a Grade 1 horse to win that race and here he is stepping up to Grade 1 straight away.

I like a horse of Thomas’ called Skytastic ridden by Sam Tristan-Davis and he’s at 6/1. He’s already won two hurdles and two bumpers and I think Sam Thomas might well get his first Grade 1 here on Friday.