ALTHOUGH not many people may not know it, the Leinster Camogie Championships begin this weekend and the launch for the Championship took place on Tuesday with the Draws announced immediately afterwards. 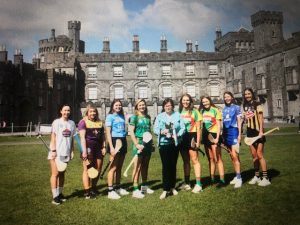 Kildare, who were recently relegated to Division 3 in the League despite a battling performance in the Relegation Final against Tipperary, participate in the Intermediate Championship along with Carlow, Dublin2, Kilkenny2, Laois, Meath and Wexford2.

While the first round of the Leinster Championship takes place on Saturday 30 April, Kildare have been given a bye into the semi final on 7 May where they will face the winners of Dublin2 and Carlow. In the other semi final it’s Wexford2/Meath V Laois/Kilkenny2.

The Final is scheduled for the weekend of 15 May.

Kildare manager, Joe Quaid, has made no secret of the fact that the Championship was his aim for 2022 and although the bye to the semi final is a help, nevertheless the task will not be easy.