IN this week’s Kildare Nationalist out now, our regular racing expert, Grand National winner, Niall “Slippers” Madden, gives his predictions for the first two days of Punchestown Festival 2022 and this is what he has to say about Day 2, Wednesday 27 April.

On Wednesday we start with the Irish Mirror Novice Hurdle at 5.20pm. This is the equivalent of the Albert Bartlett in Cheltenham so we have the winner and second from that race in The Nice Guy and Minella Cocooner for Willie Mullins taking on each other again. The Nice Guy was the second choice in Cheltenham and Sean O’Keeffe rode him and Paul Townend rode Mr Cocooner but I’d be very surprised if they are not swapped around for this one or maybe Danny Mullins might ride Minella Cocooner as he won on him in Leopardstown. 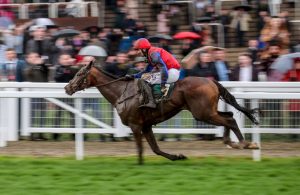 The one I’d be taking on here would be Willie’s horse Bronn who won in Fairyhouse last week. I’m not sure if Daryl Jacob will come over to ride him. It would be nice to see him coming over, he’s from Wexford. While The Nice Guy will be favourite I think Bronn will have a big shout in the race.

In the  Ladbrokes Punchestown Gold Cup at 5.55pm we have Allaho stepping back up to three miles. I think this horse is unbeatable over two and half miles but stepping up in the trip is going to take it all out of him. Paul Nicholls is coming over with Clan Des Obeaux who won the race last year. Gordon Elliott says Galvin is going to run too so it’s going to be a great Gold Cup again.

Allaho is too short for me over the distance so I’m going to side with Henry de Bromhead’s Minella Indo. He’s back to real good form running second in the Gold Cup this year and he’s a nice price too.

The Final Grade 1 on Wednesday is the Bumper and here we have the first two home from the Bumper in Cheltenham in Willie Mullin’s Facile Vega and Gordon Elliott’s American Mile at 6.30pm. Facile Vega, owned by the Hammer and Trowel Syndicate from Clane who also owned the horse’s mother, the great Quevega, is three from three so far and he looks really classy. I think he’s good enough to win on the Flat and he could actually be a Gold Cup horse in Ascot. American Mike is a very good horse in his own right but I hope we get to see Facile Vega run as good as he did in Cheltenham.

Don’t Miss “Slippers” Big Race Predictions For Thursday, Friday And Saturday on www.kildare-nationalist.ie during the week