THREE Kildare players, who were recognised for their performances in this year’s Lidl National League, picked up their Awards at a function in Croke Park on Friday night. 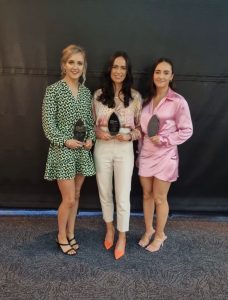 Defender, Laoise Lenehan, Kill, midfielder and captain, Grace Clifford, Eadestown and forward, Neasa Dooley, Athy were outstanding for Kildare during the National League which saw the team reach the League semi final before being defeated by Roscommon, the eventual League winners.

The Awards are sure to be a great boost to the three players and the Kildare team in general as they face Offaly in the Leinster LGFA Intermediate semi final in Hawkfield on Sunday at 3pm.