KILDARE rugby players, Jimmy O’Brien (Leinster) and Cian Prendergast (Connacht) are in the news this Friday for different reasons. Eadestown man O’Brien, will earn his 5oth cap when he lines out in his usual right wing position as Leinster Head Coach, Leo Cullen, names an unchanged team for Saturday’s Champions Cup semi final against Toulouse at the Aviva Stadium, KO 3pm. 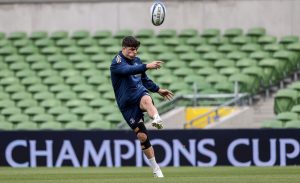 O’Brien has been in outstanding form for The Blues this season. 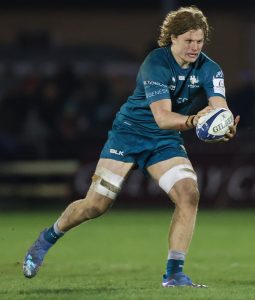 Former Newbridge College student, Cian Prendergast is expected to sign an extension to his contract in Connacht for a further three years, Photo: ©INPHO/James Crombie

Meanwhile reports from Connacht on Friday suggest that former Newbridge College forward, Cian Prendergast, will extend his contract at the Province for a further three years. The lock/flanker made his senior debut in the 2020/21 in the then Pro 14. The 22 year old was also included in the Ireland squad as a development player for this year’s Six Nations.