DONNACHA O’Brien is gathering a nice squad of horses to compete on the biggest stages and in just his third season as a licensed trainer, will hope to unearth a top-level candidate at Naas’s Royal Ascot Trials Day on Sunday.
The former champion jockey and youngest son of champion trainer, Aidan is represented in three of the four feature races, all of which should be packed with Royal Ascot clues. 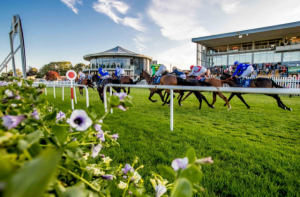