KILDARE Manager, Glenn Ryan, has made two changes to the side that beat Louth in the Quarter Final for Sunday’s Leinster SFC semi – final date with Westmeath in Croke Park, Throw-in 2.15pm. 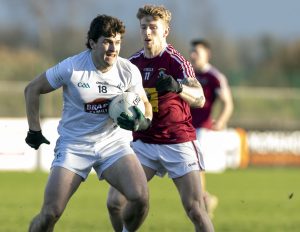 One of the changes is an forced one as talented corner back Ryan Houlihan, who limped out of the Louth tie, hasn’t recovered in time so his place will be taken by Mike Joyce of Round Towers who replaced him in the second half in that game. Joyce got some game time earlier in the season.

The other change could be described a tactical as Darragh Kirwan, Naas, who came off the bench to score 1-3 against Louth, has been retained in the right corner forward position with Clane’s Brian McLoughlin dropping to the bench.

Although only two points separated the sides at the semi final stage last year Kildare have been operating at a higher level and a higher intensity in the Allianz League and are expected to carry too much power to be denied by Westmeath from reaching their second Leinster Final in a row,