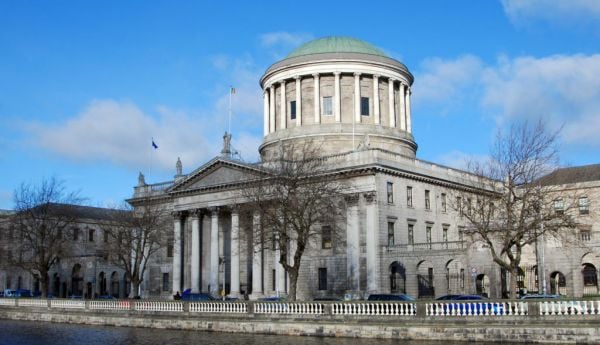 The High Court has upheld a decision to direct an insurance company to pay out over damage to the roof of a family home.

In her ruling on Thursday, Ms Justice Siobhán Phelan found there was “ample evidence” to conclude the identified defect came within the insurance policy terms.

Lloyd’s Insurance Company SA had appealed a decision of the Financial Services and Pensions Ombudsman to uphold a complaint against it over its refusal to pay out on a couple’s claim.

The ombudsman had found it was unreasonable, unjust and improper for Lloyd’s not to remediate the damage complained of and ordered the insurer to pay €20,000 to the couple as compensation for the inconvenience caused.

The complainants’ insurance policy, which was provided by the builder who sold them a house circa 2006, covered against structural defects in the property, the judge noted.

About four years later, issues, including pyrite-related damage and damage to the structure of the roof, came to light. Lloyd’s paid out over the pyrite, but it did not accept the damage to the roof trusses was covered by the policy, said the judge.

The cover refusal was based on the insurer’s assertion that the trusses, which it accepted were structural, had been deflected due to the positioning of a water tank in the attic area which put pressure on them and led to cracking on ceilings and walls.

In appealing to the High Court, Lloyd’s argued the ombudsman was guilty of serious and significant error in how it interpreted the word “structure” in the policy.

The ombudsman stood over its decision, saying the defect in the trusses, a load bearing part of the roof, comes within the policy definition of structure. The roofing structure, it said, is intended to hold water tanks and should be designed and constructed to carry out that purpose.

It further maintained that, in the alternative, were the complainants not entitled to a remedy as a matter of civil law deriving for the contract terms, the ombudsman’s jurisdiction is wider that the High Court’s and is not tied to the strict contractual rights.

In their complaint to the ombudsman, the couple expressed significant discontent about the failure to deal with all the remediation at once, as they had to move out of their house for the pyrite works.

Ms Justice Phelan noted the high threshold to be met for the High Court to set aside decisions of the ombudsman, whose jurisdiction derives from the Financial Services and Pensions Ombudsman Act 2017.

In this case, the court must be satisfied the ombudsman fell into “serious and significant error” in reaching its conclusions, she said, adding that she was not so satisfied here.

There were conflicting opinions as to the cause of the damage to the tresses, she said. There was evidence it might not have occurred had the water tanks been correctly installed, but there was also evidence to support a conclusion that the trusses were not constructed so as to enable them to support a load without causing deflection, she added.

It was her view that a reasonable person interpreting the contract would expect the roof trusses to have been designed and constructed in a way that rendered them fit to bear a water tank load “or at least […] the ombudsman was entitled to take this view”.

The judge took the view the ombudsman erred in relying, in part, on a particular subsection of the 2017 act, but she did not find this to be a fatal error. She found that the level of compensation ordered to the couple was within a reasonable range.