KILDARE Senior Hurling Manager, David Herity, caused a couple of surprises when he announced his team for Saturday’s Christy Ring Cup Final against Mayo in Croke Park, throw in 5pm. 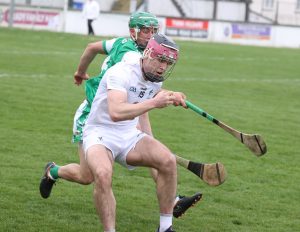 Cathal Dowling lines out at corner forward for the Christy Ring Cup Final against Mayo in Croke Park Photo: Sean BrillyProlific scorer, Jack Sheridan, starts the game on the bench as does Mark Delaney, who recovered from a long term injury to have an impressive impact off the bench and from starting positions during the Christy Ring Cup round robin series.

Herity did warn us that such was the competition for places it was always going to be difficult to select a match day squad never mind a starting 15.

A very strong Kildare team has, nonetheless, been selected for Saturday for a game in which they are strong favourites to collect their fourth Christy Ring crown and a return to the Joe McDonagh Cup for 2023.