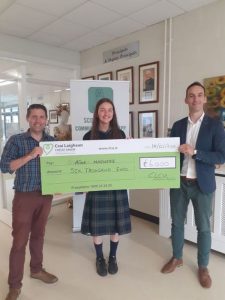 Aine was one of three finalists from the school including Gemma Austin and Katelyn Malone, chosen from a number of entrants in 6th year.

A reveal event took place in the school recently  where the three finalists opened boxes, inside of which was an envelope announcing if they won €250 or the bursary of €6,000. There was great excitement as the boxes were opened and Aine emerged the winner. Thank you to Croi Laighean and to Martin Fitzgerald who presented the cheque.  The school wishes Aine, Gemma, Katelyn and all their 6th year students  every success in their future studies. 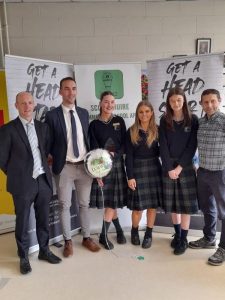