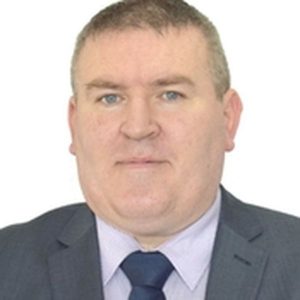 Kildare Co Council has been urged to consider buying the former Bank of Ireland premises on Dublin Street in Monasterevin for use as a shared services centre.

That idea came from Cllr Noel Connolly, who raised the issue via a motion at May’s meeting of Kildare-Newbridge Municipal District.

A report issued by Conor Sweeney, Programme Manager with the Local Enterprise Office, explained that the economic development team recently visited the premises to assess its suitability for future development.

‘We have been informed by Bank of Ireland that the premises is due to be placed on the open market for sale in the coming weeks and we have asked Bank of Ireland to keep us informed regarding same,’ the report stated. ‘Any considerations around the purchase of the site will be contingent on available budget and/or future departmental funding schemes that would facilitate this.’

“There has been considerable local interest in the building recently with the replacement of the ATM machine with a door,” said Cllr Connolly. “The loss of our only 24 hour ATM in the town has been deeply felt. I met with the local credit union recently and am hopeful that they will in time provide a replacement ATM. I know we will be at the mercy of budgets and the open market to try and buy this building but we have enough dereliction around Monasterevin so hopefully we can make it happen.”

“Other local authorities have done it,” she said.