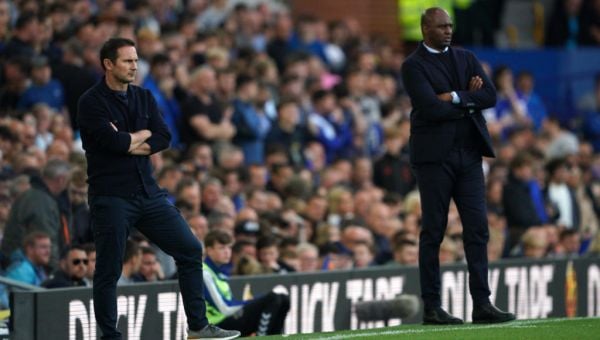 Crystal Palace manager Patrick Vieira has called for his team to deliver a “big performance” to get the better of Manchester United on Sunday with the club eager to put a difficult night on Merseyside behind them.

The Eagles suffered a 3-2 loss at Everton on Thursday, having held a two-goal advantage at the break, but the result was overshadowed by an incident which involved Vieira and one of the home supporters.

A pitch invasion occurred at full-time, due to the Toffees’ Premier League status being secured, and as Vieira walked back to the away dressing room, he appeared to be repeatedly goaded by one fan and reacted by attempting to grab the supporter before he seemingly aimed a kick at the man.

The FA is aware of the incident and looking into it, the PA news agency understands, while Merseyside Police have launched an investigation.

But for Palace, the focus turns to finishing on a high at home to United.

“I think it’s good for us to play the last game at home against one of the best teams in this country – Manchester United and everything they represent in the Premier League,” Vieira said, speaking after the defeat to Everton.

“We will want to give a really good performance. I think our fans deserve that and this is what we will try to do.

“It’s been a really, really challenging season for United, but it’s never easy to play them. When you look at the quality that they have in the squad, we need a big performance to get something from the game.”

Sunday will be Conor Gallagher’s final appearance for Palace, with the midfielder set to return to parent club Chelsea this summer following the conclusion of his season-long loan at Selhurst Park.

He was introduced for the final quarter of an hour on Thursday but could be restored to the starting line-up for the visit of United.

The Eagles are no longer able to set a new club record for the most points achieved in a Premier League campaign but could secure a top-half finish with victory over the Red Devils.

New United boss Erik Ten Hag is expected to be at Selhurst Park to watch the match but he will have no involvement, with interim manager Ralf Rangnick set to take charge of the sixth-placed team on one final occasion.

Asked if the ex-Ajax head coach will have an impact, Vieira replied: “I don’t really know, you’ll have to ask him that yourself.

“We are going to concentrate on ourselves and recover from the Everton game and find the right words to lift the players to allow ourselves to compete against United.”

In pictures: Wimbledon celebrates 100 years of Centre Court with past champions