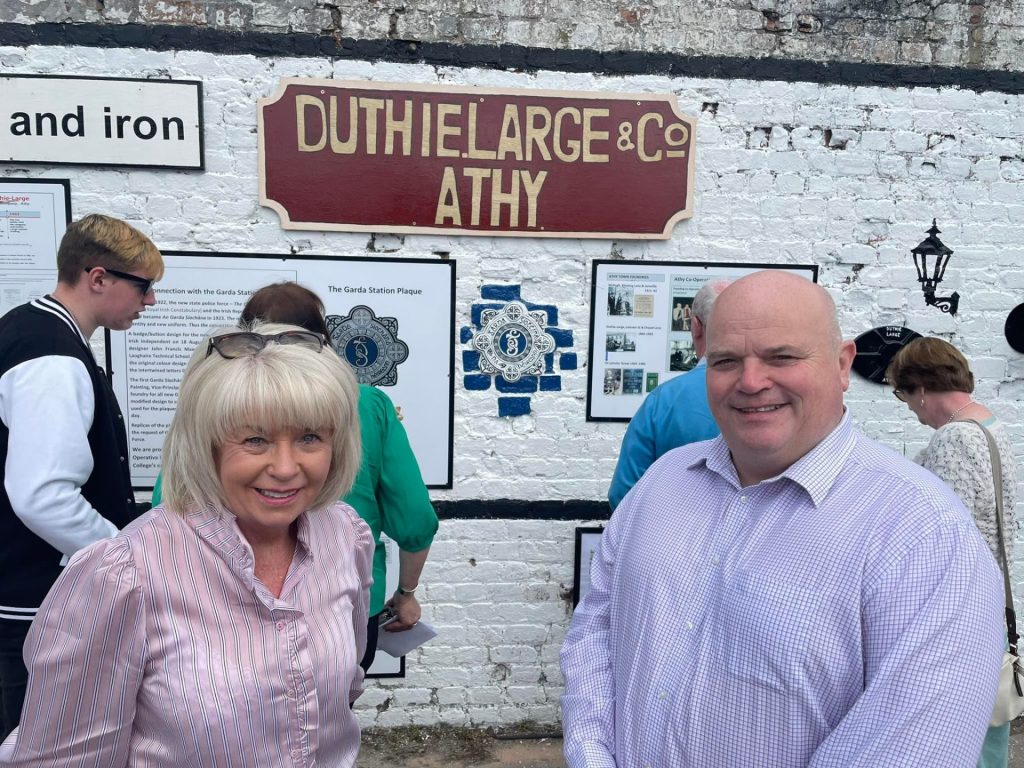 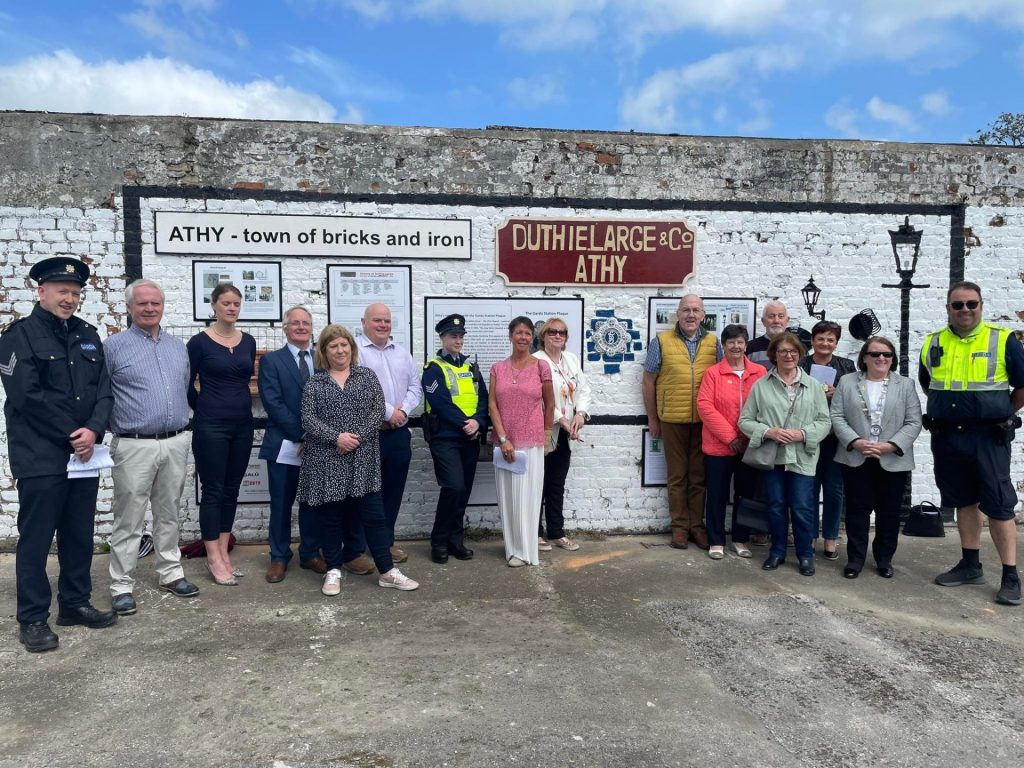 There was a great turnout for the event in Athy

There was a strong turnout in Athy on Saturday 14 May for the unveiling of an art installation detailing the town’s role in the creation of the first Garda station plaques in the 1920s.

The unveiling of ‘Athy – town of bricks and iron’ took place that morning in Madden’s car park, formerly the site of the Duthie Large engineering company where the original Garda station plaques were produced.

According to Kildare author and historian James Durney, as a printed device the Garda badge first appeared in the masthead of police magazine Iris an Gharda (February 1923). He noted that it was the subject of criticism in the Department of Home Affairs when Garda Commissioner Michael J. Staines sought financial sanction for the casting of metal station plaques.

The cast-iron station plaques were made by the Duthie and Large foundry in Athy from a mould by Herbert H. Painting, headmaster of Athy Technical School (which would later become Athy College).

This Athy College project, in association with the Annals of Athy 2021 (industrial history) group, also commemorates the town’s very strong industrial heritage. The local school congratulated students Gabija and Jack on their presentation at the launch, adding that it’s very proud of its association with the first production of the Garda crest.

“Well done to the students and their teachers from Athy College for all their work on this project and of course to Anne Murphy and all who helped with remembering this historic event,” said Senator Mark Wall, who was among those who turned out for the unveiling.

Kildare Decade of Commemorations have supported this project, along with the Department of Tourism, Culture, Arts, Gaeltacht, Sport and Media under the Decade of Centenaries 2012-23 initiative.