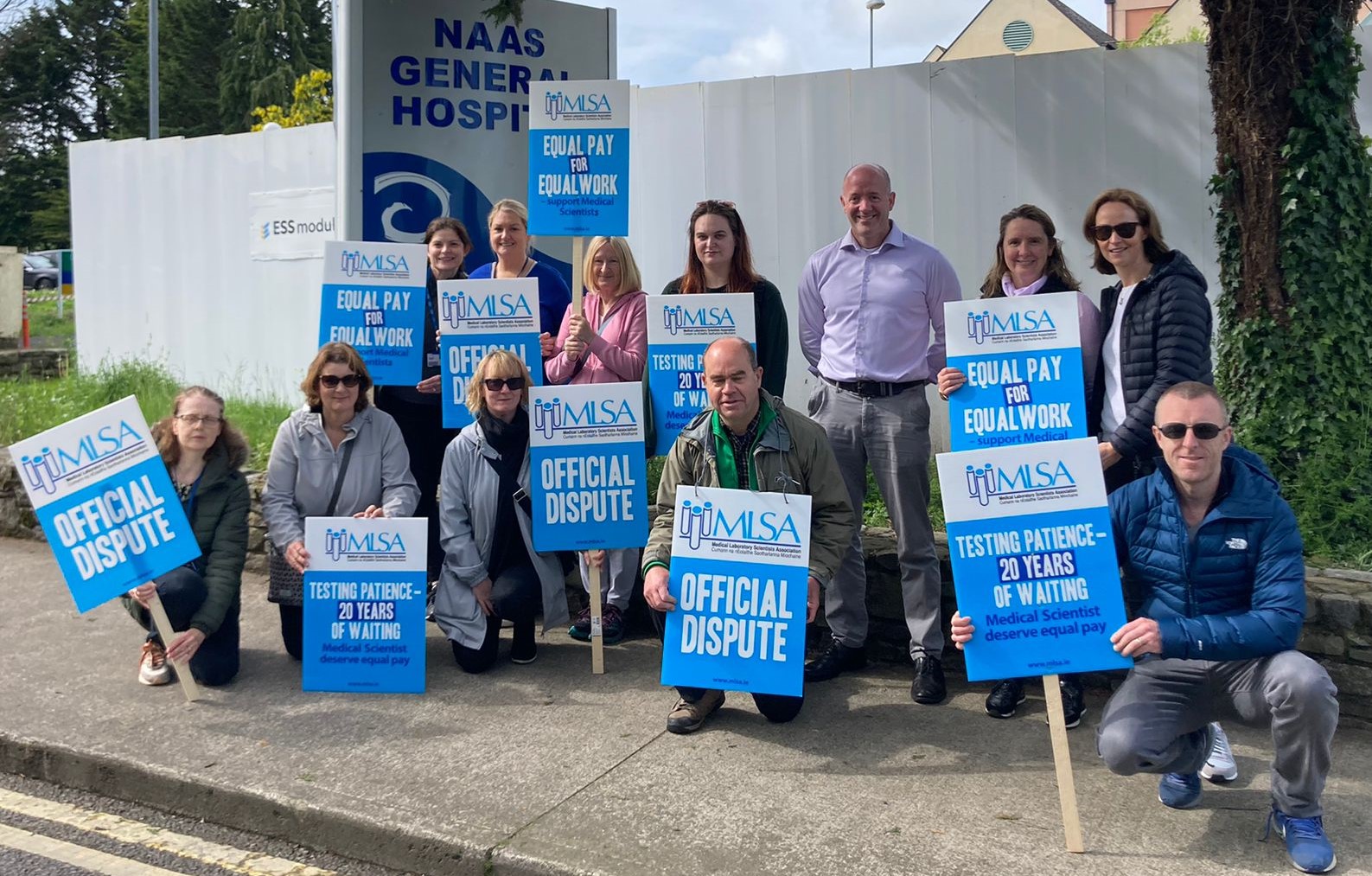 MORE delays in treatment are expected at Naas General Hospital with another two days of strike action this week in frustration over long-standing pay and career development issues.

“It’s going to be two day this week, unfortunately,” said Cllr Colm Kenny, the Green Party councillor from Naas, who works as a lab technician at the hospital.

“I genuinely don’t take any pleasure in this, but we’re not hearing any word yet, or over the weekend,” he said.

“Now, with a new variant of Covid announced, it’s not a good time to have lab techs out,” he said.

More than 2,000 lab technicians nationwide will strike today and tomorrow (24-25 May) between 8am and 8pm, and are threatening to extend this with another three days next week unless the HSE makes an effort to negotiate.

However, no action beyond that has been planned to date, according to Cllr Kenny.

“No, I haven’t heard anything beyond next week, but I’ll be back on the picket again tomorrow,” he said.

“I hope they’ll begin talks soon to resolve this, but the gap in pay has an effect on with retention and recruitment, and once you stretch the service, something’s had to give,” he said.

Following their first day of action last week, no approach has been made by the HSE or Department of Health to the Medical Laboratory Scientists Association (MLSA) since then, despite comments from HSE representatives implying talks were ongoing.

The action will again involve the withdrawal of routine laboratory services from 8am to 8pm on both days, affecting routine hospital and GP services across the country.

The MLSA said it has made every effort to avoid regrettable disruption to patients and fellow healthcare workers but has been left with no alternative.

The MLSA has 2,100 members and the vast majority will be on picket lines this week, at all public, voluntary, and HSE hospitals and the Irish Blood Transfusion Service, which will join the pickets for the first time.

The action follows many rounds of unsuccessful talks with the HSE, Department of Health, Department of Public Expenditure and Reform and the Public Service Agreement Group, particularly during the past two years.

“Medical scientists carry out identical work to other colleagues in hospital laboratories like clinical biochemists, yet are paid on average eight per cent less,” said Kevin O’Boyle, Chair of the MLSA.

“We have medical laboratory aides who report to medical scientists starting on a higher salary, while scientists have fewer career progression opportunities, less training supports and less continuous education supports than comparable colleagues,” he said.

“All of these issues are leading to a recruitment and retention crisis, with 20 per cent of approved hospital posts unfilled,” he said.