IN this week’s Kildare Nationalist, in your shops now or on line at www.kildare-nationalist.ie, we carried a double page feature of our conversation with Kildare Senior Team Selector/Coach in which he talked about his time with Kildare, facing Dublin in a Leinster Final, his role with the Kildare seniors and also the great work being done at all levels within Kildare.

We reprise Part 1 of our conversation with Johnny below.

He played for Kildare from 1999 to 2014 scoring 8 – 260 in total and now, along with his great friends and long time county soldiers Allenwood’s Johnny Doyle is Coach/Selector in the Glenn Ryan Management Team which also includes Anthony Rainbow and Dermot Early. 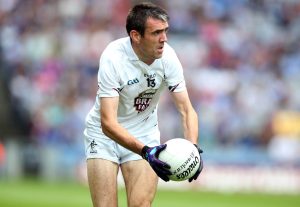 Part 2 of the conversation with Johnny Doyle will appear on all Kildare Nationalist platforms on Thursday.