Newbridge woman tells her story of life in Goldenbridge home 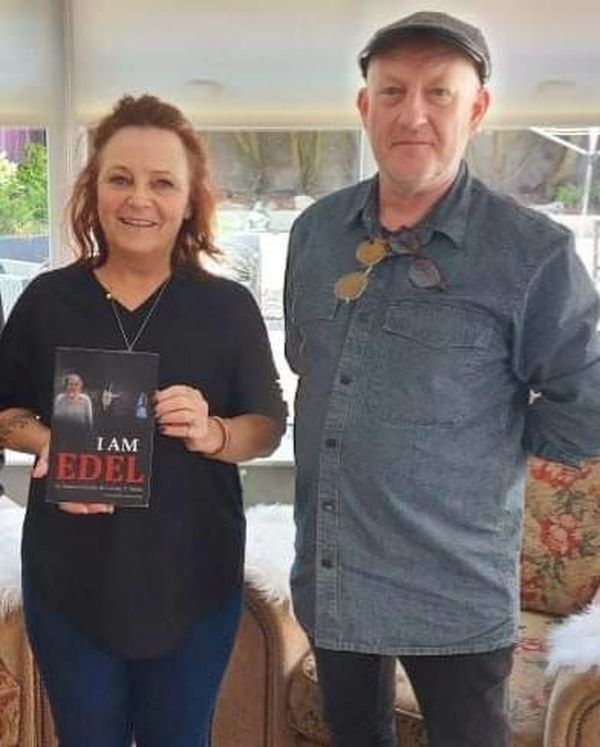 A NEWBRIDGE woman who survived the horrors of Goldenbridge Children’s Home is to bring an adaptation of her experiences to life at the Riverbank Theatre on Saturday 11 June when she launches the published version of her play. I am Edel.

Susan Connolly is a storyteller and survivor of institutional abuse who has lived in Fen Grove at the top of Standhouse Lawn for the last 26 years since she returned from the UK.

She has written the play detailing the 11 years she spent as a child in Dublin’s notorious industrial school with writer Cormac P. Walsh – who she met in 2016 at the Christine Buckley Centre on Jervis Street in Dublin.

“That’s where it all began, that’s where I got the idea and I asked Cormac for help,” said Susan.

“It was always meant to be a full stage play, and we had it written as Covid began, a full script, and literally three days after I approached the Abbey to put it on, the Government closed everything down,” she said.

“My biggest dream would be to show it on the national stage at the Abbey,” she said.

“We wondered what we could do, so we tried to abridge some scenes, and got some actors from Rialto and Dublin Youth theatres with the right accents,” she said.

“We tried it on Zoom, and they loved it, so we decided to take 10 scenes and record them, and we approached every radio station before Near FM in Coolock took it on in July last year,” she said.

This brought it to the attention of Emilie Pine, the Professor of Modern Drama at University College Dublin who asked Susan for permission to use the play as part of an upcoming Contemporary Irish Theatre module at the Department of English, Drama and Film at UCD.

“This is a lesson in Irish history. A lesson in individual survival. A lesson in how we must guard against such institutionalization ever happening again,” said Professor Pine in her foreword.

Professor Pine and Carmel McDonnell Byrne Co-Founder and Director at the Christine Buckley Centre will be guest speakers in the Riverbank on the night.

The play is in the first-person, told through the viewpoint of a child, and is a story of courage, friendship and compassion, sprinkled with moments of humour in detailing Edel’s appetite for life and her resilience as a child survivor.

“Edel was my Confirmation name and was the only name I ever chose for myself,” said Susan.

The published version of this new work will be launched in the Riverbank in Susan’s home town, in conjunction with the 11 June show.

“This story has been on the tip of my tongue for a long time, and I’ve finally got it out,” she said.

“My dreams are coming true,” she said.

“The reason I’ve stayed here is how Newbridge rallied around me, and it is the only place I’ve called home,” she said.

****I am Edel*****will be launched at the Riverbank Arts Centre on Saturday 11 June with live performances of excerpts and guest speakers starting at 7.30pm.

Admission is free and tickets can be booked at www.riverbank.ie