The Curious Case Of The Defeat By Dublin – The Supporter

THE Supporter Column in this week’s Kildare Nationalist, in your shops now or on line at www.kildare-nationalist.ie has a take and an opinion on Kildare’s Leinster Final defeat to Dublin and we repeat that Column below:

We’ve all seen it. The brilliant employee who gets promoted to manager because they were great at doing the things they’ll no longer be doing. The top sales rep who is promoted to manage a team and lo and behold two things happen: the company’s sales drop, and the new manager finds he preferred the commission that came with the old job. 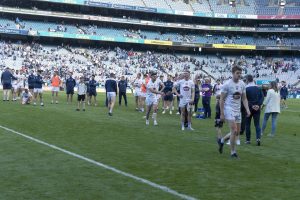