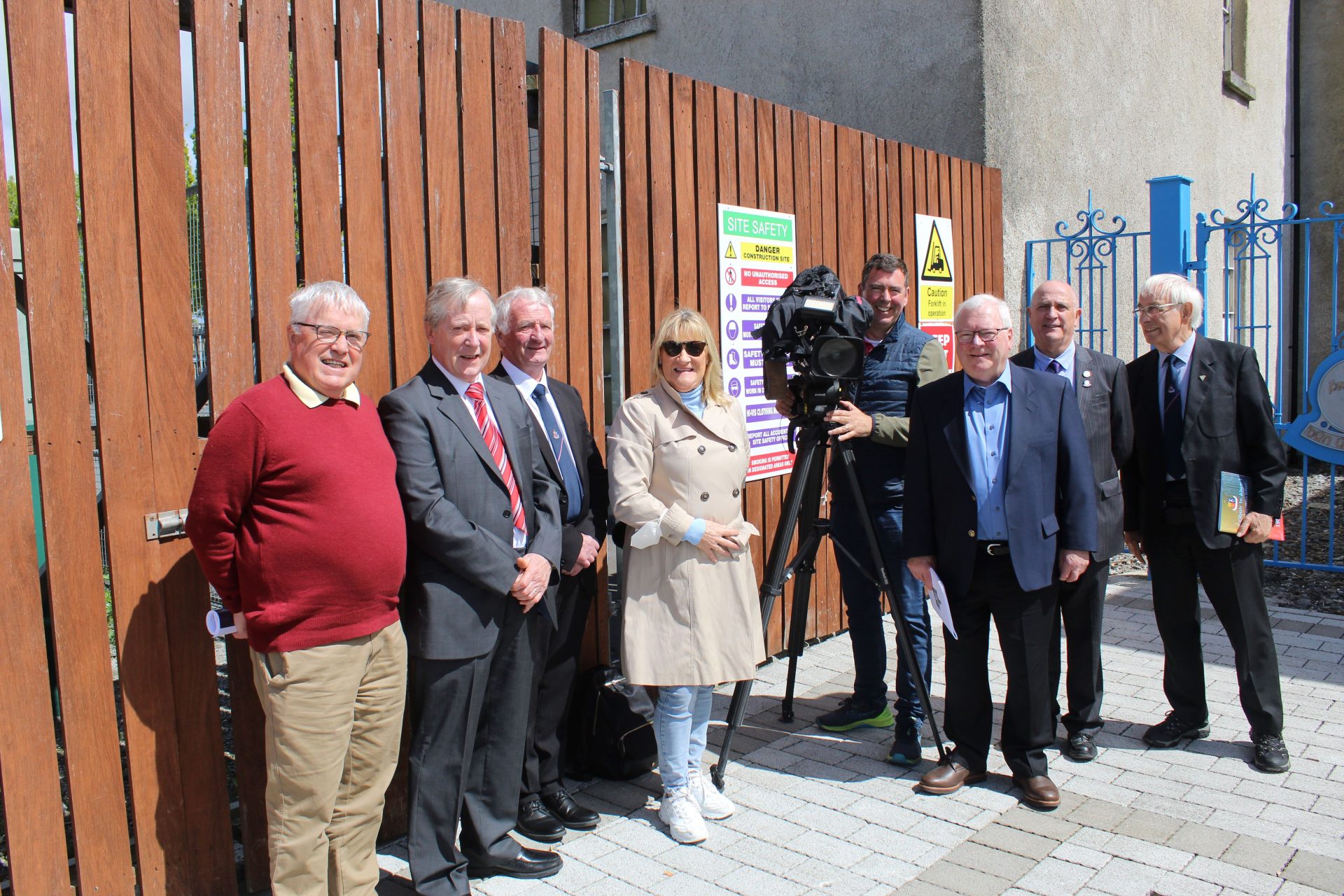 RTE’s Nationwide programme takes a trip down memory lane on tomorrow Wednesday 22 June when the programme looks back at the legacy of the Army Apprentice School, that was based at Devoy Barracks in Naas, and how graduates contributed to industry and the very fabric of Irish society.

Nationwide hears the stories of past apprentices and how they progressed in later life.

Mary talks with Dominic Cunningham who went to have a global career with Google, Peter Martin who rose to the tops ranks within the UK police force and Louise Mahon who carved out a career in cyber defence.

The programme also interviews the committee of graduates and local politicians including Naas Mayor Seamie Moore and Cllr Michael Coleman who was an army apprentice. They also speak with local businessman John Sweeney who worked for seven years to restore the gates and place them back at their original site.

The school operated for 42 years turning out craftsmen and women of excellence in their chosen trades but was a casualty of barrack decommissioning in 1998.

” They went in through these gates as boys and came out as men”, says John Sweeney and the school was very much part of life in Naas from 1956 to 1998.

Former instructor Jim Brad, takes a nostalgic look back at apprentices who lost their lives while on United Nations duty in the Congo and Lebanon.

Nationwide filmed at the military museum on the Curragh and also at the ceremony unveiling the restored gates where over 500 former apprentices gathered for the nostalgic occasion.

The programme airs on Wednesday next at 7pm on RTE one and will be repeated on RTE +1 at 8pm.