The Supporter Column in this week’s Kildare Nationalist, in your shops now or on line at www.kildare-nationalist.ie, has an end of season check on the Kildare intercounty teams for the season 2022.

IT seems strange to be bringing down the curtain on the county scene as we arrive at the longest day but that’s progress for you and no club player or supporter will complain. 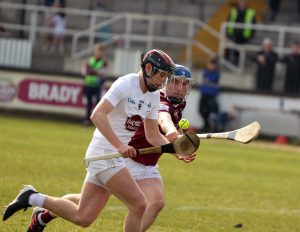 The hurling is easy to sum up: Job Done. Getting David Herity to commit to another three-year term was something of a coup last Autumn but he had a body of work to do to drive on a panel smarting from relegation from Joe McDonagh and facing into a difficult Division 2A league campaign without the all-conquering Naas contingent.

To extract a win in Down and a draw against Carlow was a decent (and sufficient) return from five league games and it could have been so much better had we kept fifteen players on the pitch when leading against Westmeath in Newbridge.

Those results, though, kept us in a division with mainly McDonagh status teams next year and task two for Herity was to gain promotion back to that championship by winning a record fourth Christy Ring. That was never in doubt, Kildare winning six games by an average margin of almost nineteen points. Job Done.

A slight disappointment on the hurling side was the performance at underage with the minors in particular outclassed in each of their games while the under-20’s perhaps spoiled us in 2021 with that win over Wexford. This year’s crop beat Meath but were no match for Laois in Round 2.

Of course, the footballers from the same age group were the success of the year with the big ball. After being forced to do without Alex Beirne last year due to Jack O’Connor’s intransigence, it was good to see Brian Flanagan get a run with this year’s crop who went unbeaten through the Kerins Cup development league before three nerve-wracking wins against Laois, Offaly and Dublin earned them the Leinster crown.

A comfortable enough win against Sligo earned them a place in Kildare’s fifth All-Ireland Final at under 20 or under 21 level but sadly they came up a little short against a fine Tyrone side in Carrick-on-Shannon and were unable to replicate the feats of the 1965 and 2018 teams.

For the minors it was a case of two bridges too far as first Dublin and then Mayo ended a campaign in which many fine players emerged, the likes of James Harris, Ryan Sinkey, Ben Loakman and Eoin Cully are surely players we’ll be hearing more about in the near future.

As for the seniors, we looked back on their season last week and couldn’t deem it a success. This column openly supported a different choice of manager last autumn although experiencing the same frisson of excitement as any supporter at the appointment of the “galactico” gang of four (plus one).

So far at least, it hasn’t really worked with the season ending abruptly last week with more questions than answers hanging in the air. If ever we needed a short close season to put the last one behind us, but we are where we are. A long seven months ahead for us all.

And so, we come to the inaugural Supporter End of Season Awards. I couldn’t tell you how long the panel (of one) slaved over these but sometimes your gut feeling trumps research. So here we go:

Player of the Year: is there a more talented young dual star in the county than Cathal McCabe of Maynooth? Fresh from an outstanding campaign with the Maynooth footballers and hurlers in 2021 McCabe stepped seamlessly into inter-county hurling, taking his opportunity with both hands when Herity needed reinforcements in the absence of the Naas gang early on. McCabe quickly developed into a leader from the middle of the field and was inspirational through the successfully Ring campaign, weighing in with 1-12. Incredible to think he could easily have slotted into the under-20 football set-up given his talent with the big ball.

Best Footballer: while a lot would vote for Ben McCormack, or perhaps Ryan Houlihan, I felt Ben had a slow start in the league before he got his shooting boots on, while Ryan was our best player prior to his hamstring injury but was quieter in the championship. For all-round consistency across his eleven competitive games, I’d go for Kevin Flynn. Apart from Daniel Flynn, I think he is probably the player opposition teams fear most in the Kildare team, with his pace, energy and work rate making him a constant driving force in transitioning us from defence to attack. Fair enough, he didn’t have a stellar Leinster Final, defensively, but for overall performance from first game to last, he’s the top man for me.

Best Young Player: this is a tough one given some outstanding performances from the minor and under-20 footballers in particular, and McCabe of course qualifies here too. But seeing as he gets the Player of the Year gong, I’ll give the Young Player award to one of the Under-20 All Ireland finalists. Even picking out the winner here is a tough call. By the nature of underage football, players who looked world-beaters one week struggled the next. The likes of Tommy Gill, James McGrath and Adam Fanning had impressive campaigns but for me the most consistently good performer was midfielder Luke Killian of Sallins. From first minute to last of every game, he never stopped working, always to good effect, in the engine room of the team and it was no coincidence that he was still battling away in the last ten minutes of the Tyrone game, firing over three points for the cause.

Best Manager: this boils down to a choice between Herity and Flanagan, and while it is difficult to compare underage football with senior hurling, both showed a capacity to extract consistent, winning performances despite a congested calendar of games. I’ll give this gong to Herity, who coped admirably (and without complaint or excuse) with the difficulty of being without a dozen Naas players while operating in a difficult league division but achieved both objectives for the year: staying up and then winning the Christy Ring. Scarcely has a team breezed through the latter competition with such apparent ease. Not just that but Herity, despite being an outsider, always portrays huge enthusiasm for the game in the county and seems to be extremely generous with his time when it comes to media interviews, appearing on local podcasts and the like.

Best Supporter: there’s a lad or lassie on social media who uses the handle “Really Unofficial Kildare GAA 2022 Fans Page.” Granted it’s not the catchiest of monikers but the work that supporter puts out does a great service to the county. If he or she is not posting up-to-date, eye-catching, league tables from the club scene, they’re putting out well-designed team sheets. Even went so far as to take it on themselves to publish the (accurate) Kildare team against Mayo a couple of hours before throw-in when nothing was forthcoming from official channels. He has offered to provide cover illustrations for match programmes to Kildare GAA. I won’t hold my breath on that one.

Quote of the Year: Did you consider making changes earlier than half-time? “We did, yeah.”