Memories in an old school desk 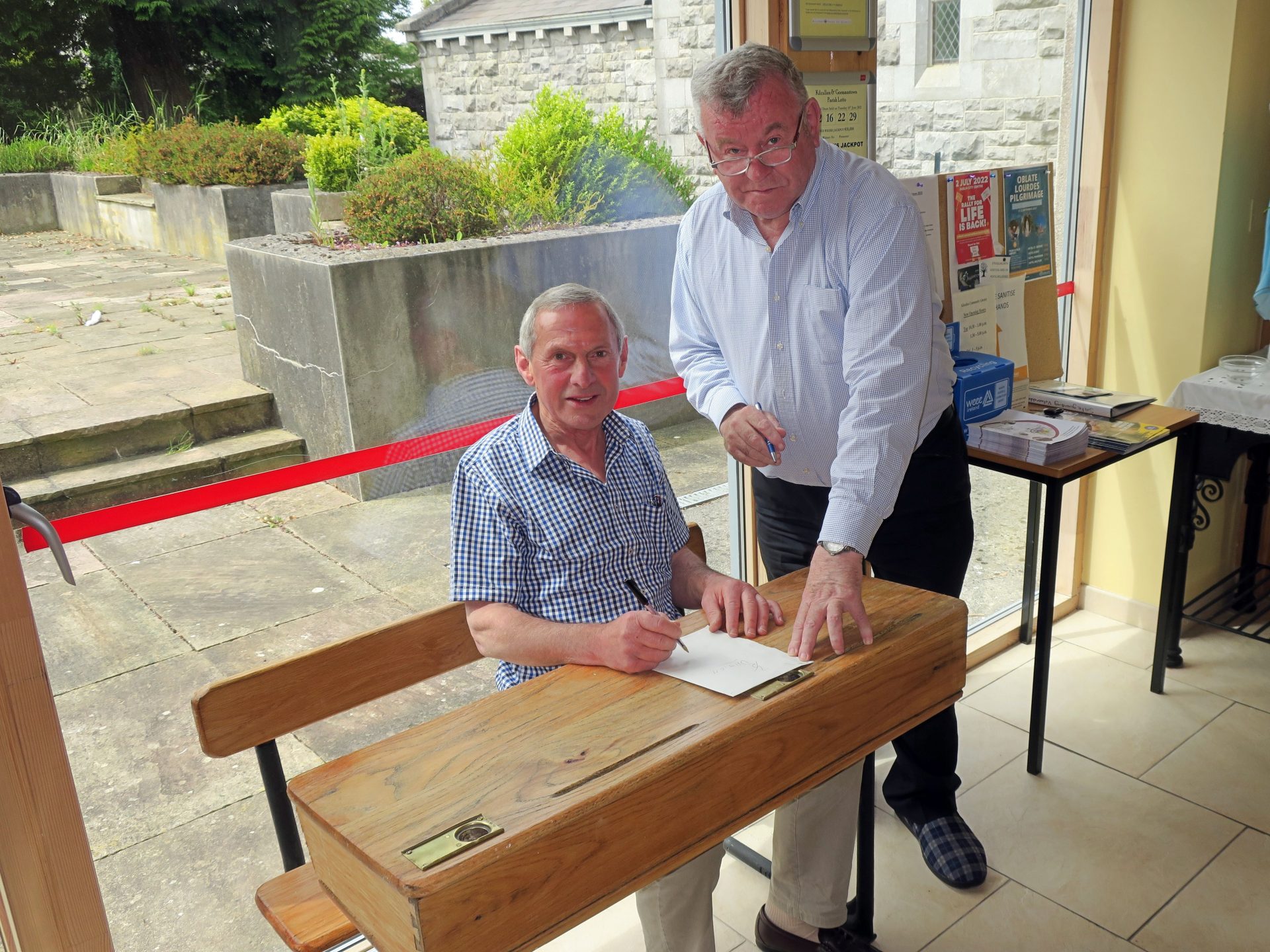 PJ Lydon, with Fr Martin Harte, at the desk in the parish centre foyer

FOR some who visit Kilcullen’s busy Parish Centre now, memories of schooldays will be evoked by a piece of furniture installed there last week.

It’s a school bench from the 1950s which had been used in the centre when it was originally the Cross & Passion Girls National School, before its amalgamation with the Kilcullen Boys National School in 1980 in a new building on the Curragh Road.

The old school building was subsequently used for parish activities and eventually was fully converted to a parish centre, which was officially opened in 2004 by President Mary McAleese.

The bench was presented to the centre by local man PJ Lydon, who acquired it about 30 years ago. He says he had intended to give it to his grandchildren, but in today’s typical houses it would take up too much space.

“I had always planned to restore it, as it is made of oak and cast iron,” he told the  Kildare Nationalist  as he handed it over to Fr Martin Harte last week. “So I took it apart and gradually sanded and cleaned the sections. Local carpenter Damian Redmond put it all back together for me, courtesy of his employer Kevin Kelly.”

The brass holders for the inkwells are still there, though without the sliding covers that those of us of a certain age would remember flicking open and closed to annoy our teachers with the noise. PJ hopes to find replacements. “I’m also sourcing porcelain inkwells, courtesy of Brian Keyes, who had some put away when he retired as Principal at Scoil Bhride. I’m also told there is a school pen with them.”

Again, those of us old enough to have sat in these desks will remember those pens, made of wood and with detachable nibs. To finish the look, maybe someone will have an old copy-book with the blue and red lines which helped us frame our early attempts at writing?

And why would I, a boy at the time, remember this particular desk from the Girls School? Because in those days the nuns taught both the boys and girls up through First Class, after which we ‘graduated’ to the Boys School across the road, now the Community Library.