Never mind a rickshaw. Try a trishaw for size! 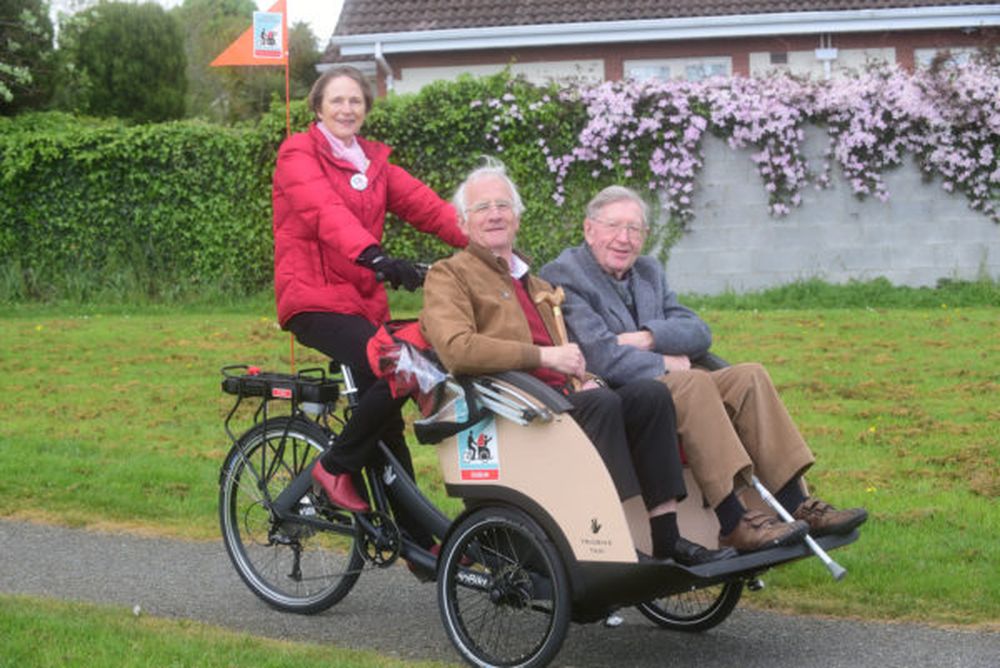 THE possibility of our elderly going out for a leisurely cycle got a little closer after it was revealed that three Naas-based organisations are looking at the possibility of introducing trishaws to the roads of Kildare.

“Our less mobile citizens can get out again, and with volunteer pilots not paid, the costs are kept down,” said Cllr Noel Connolly who brought the motion before the full council at its recent meeting in Maynooth University.

“I’m seeking that Comhairle Contae Chill Dara liaises with ‘Cycling Without Age’ with a view to procuring a number of trishaws (see picture) for community use by older people throughout the county,” he put forward.

“Kildare Sports Partnership (KSP) team and the council’s own Cycling Officer is engaging with a local Naas community group about this initiative,” confirmed Marian Higgins, Director of Services at Economic Development and Community and Culture.

“[However] we don’t have a budget in place, but we can come back to the members with the requirements,” she offered.

He colleague from the Roads Section Pamela Pender confirmed that though the idea had been floated at the National Transport Authority “they have indicated that they are not in a position to fund trishaws”.

Cllr Connolly confirmed that it is the Lions’ Club and Naas General Hospital who have engaged with him and SP on this idea, after he first saw them on RTE’s **********Nationwide**********.

“In Naas we’ve been trying to do this with McAuley Place, because up until now the only way was to drive them,” said Cllr Bill Clear in full agreement.

“We already have the TY volunteers to do it, and it’s sad the NTA is not going to fund it,” he said.

“That’s worrying, because it would be a good idea for a countrywide process,” he said.

In her formal reply to the motion, Ms Higgins outlined some of the shortfalls such a project might face, because for the programme to be successful, “it would need the necessary infrastructure in place, a local group to lead the project and , given the current workplan and budgetary constraints of KSP, the cost of funding such a programme will be an issue”.

“A base location must be identified to store the trishaws and be the focal point for usage, like a nursing home, but the KSP will continue to engage with the local group to work through the above considerations and members will be kept updated,” she confirmed.

“Considering the current extent of the segregated cycle network built across the county, it is considered that there would be limited opportunities for meaningful leisure use of cycle tracks from nursing homes,” she said.

“Kildare Co Council is committed to supporting inclusive cycling initiatives and the matter can be further discussed at CKAN meetings to encourage cycling for all,” she concluded.