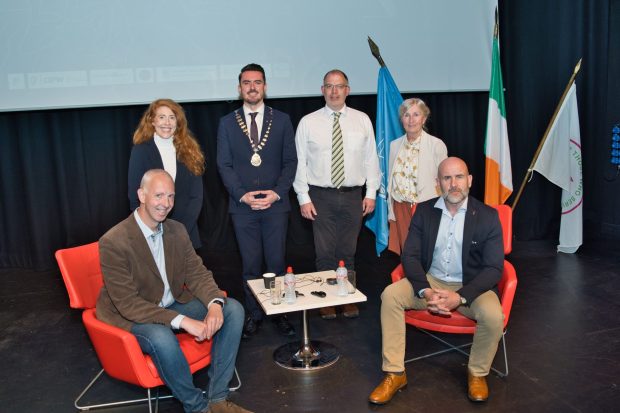 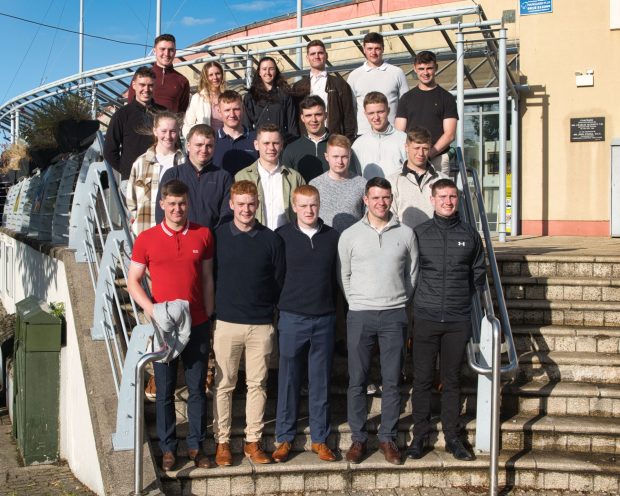 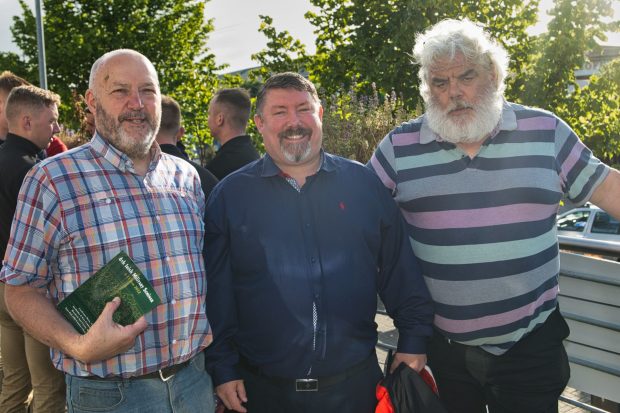 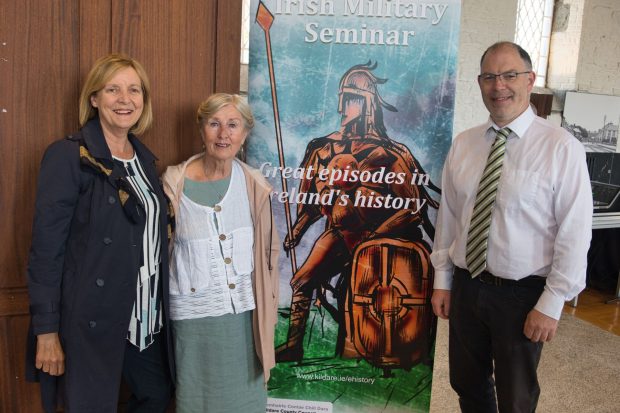 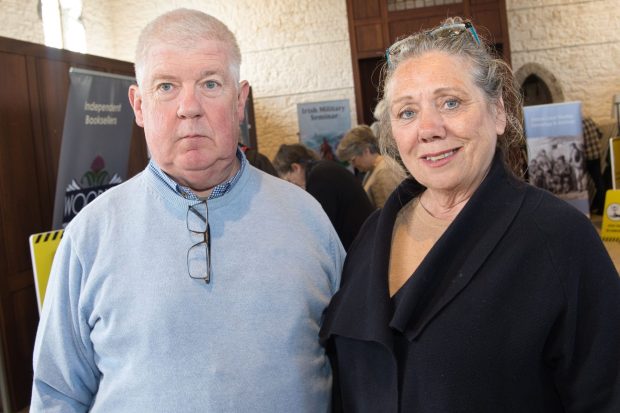 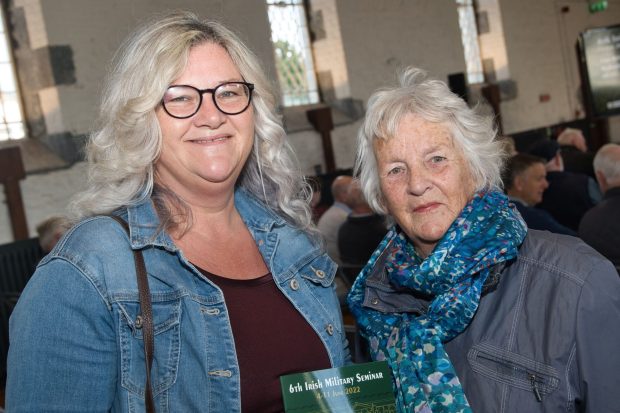 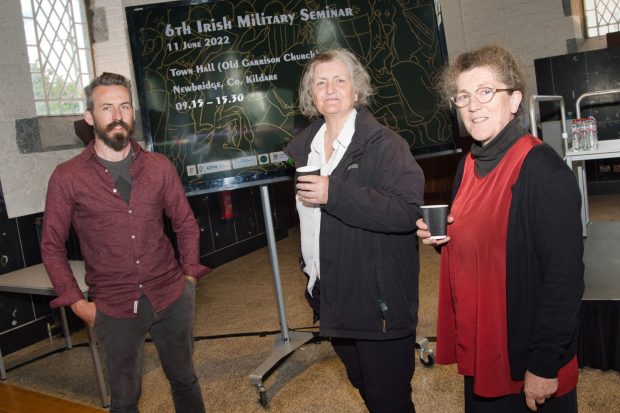 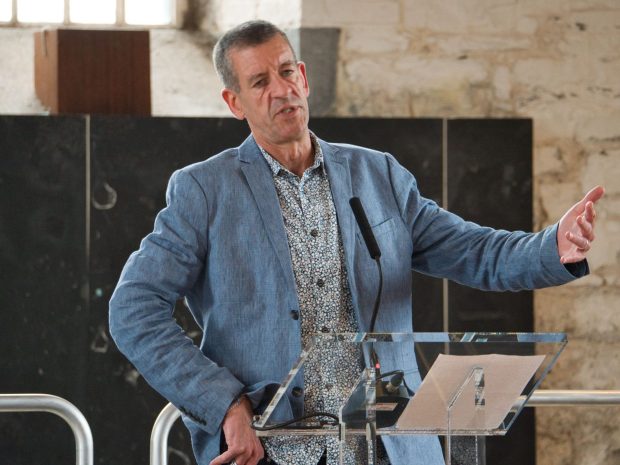 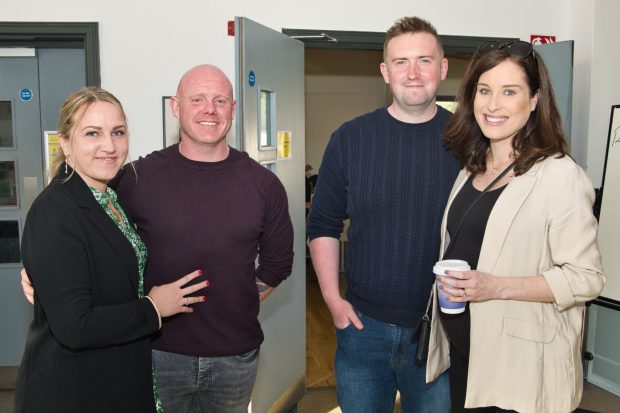 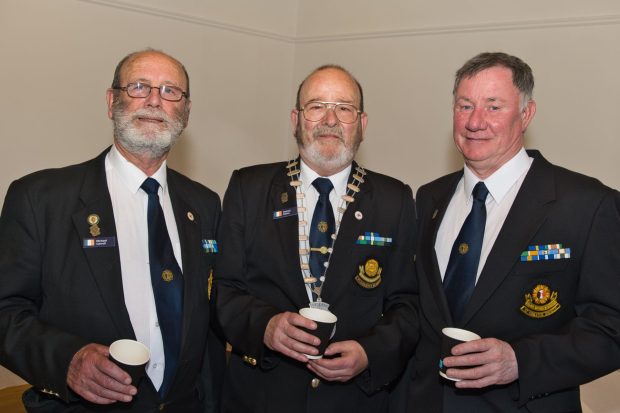 THE 6th Irish Military Seminar returned to live audiences with an exciting programme of lectures this year in venues across the county. Two events were held in Newbridge.

The event in Riverbank Arts Centre, Newbridge, was especially organised for serving and retired Defence Forces personnel. It was very well attended and included many members of the 98th Class of Army Cadets, from the Defence Force Training Centre, Curragh Camp.

Ray Goggins is a former Army Ranger and is Chief Instructor of RTÉ’s Special Forces Ultimate Hell Week Declan Power is a security and defence analyst.

On Saturday, 11 June, the Town Hall (Old Garrison Church), Newbridge, hosted the main seminar event. The Town Hall was a fitting decade of centenaries venue as it was the barrack of the first Civic Guards to arrive in Newbridge after the handover of the Cavalry Barracks to the new State forces in May 1922. The morning session began with archaeologist Paul Duffy with his presentation From Carrickfergus to Carcassonne: The Crusade against the Cathars.

Dr Gerri O’Neill followed with the story of IRA agent Suzie Goddard in Sex for Secrets? The IRA’s ‘honey-trap’ operation, 1920-21. Dr Patrick Mulroe spoke about*From Confusion to Counter Insurgency: The Irish Security Response to the Outbreak of Violence in Northern Ireland 1969-1972.Dr Connie Kelleher, fresh from an archaeology dive on the Shannon, presented Military and naval tactics and the suppression of historic piracy in Ireland – where it all went wrong

The keynote speaker was Professor Diarmaid Ferriter, who spoke on the Civil War and its aftermath based on his most recent book, Between Two Hells: The Irish Civil War.