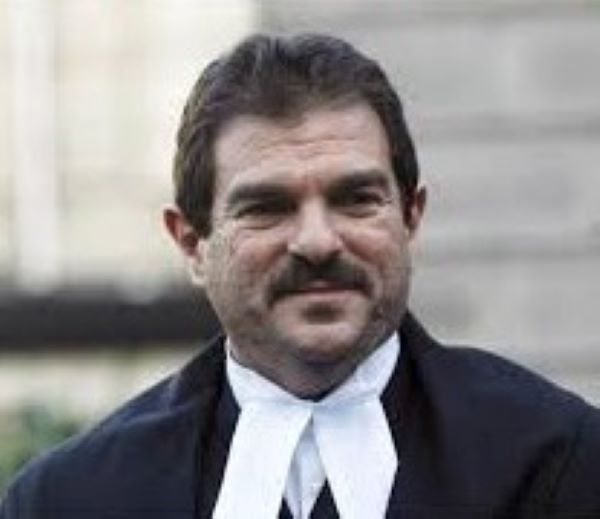 A JUDGE adjourned deciding on a “sad case” of a 21-year-old son threatening his mother at their home, to allow for the Probation Service to complete its assessment of him and find him suitable accommodation.

“As a judge and a human being this breaks my heart,” said Judge Demond Zaidan in a closed hearing of Family Court in Naas.

“I was told: ‘you old bat. You’re only talking to me because you’re lonely, and no-one else will talk with you’,” said the mother, who had initially reported her son on 22 December for breaching an earlier granted Protection Order.

“This is sad. I don’t understand, because she bore you, changed your nappy, fed you, minded you when you’re vulnerable,” Judge Zaiden said.

“It is best you move out and get independent, and leave your mom alone,” he advised, “but at the moment you don’t seem to be looking beyond that wall.”

“Moving out will solve this impasse, but not the problem,” he added, before reading from the first draft of the Probation Report.

“The situation in the home is very tense…minimal communication…both agree it’s a negative and unhealthy environment…I don’t see any progress in the future,” the judge read.

“I am seeking an adjournment to help [the named son] with his housing application to Kildare Co Council,” said the attending Probation Officer.

The judge then began listing the conditions which the respondent must abide by if he is to continue at large, and first of these weas ‘get a job’.

However the son then said he had a job, but had left it because there is no housing near that job.

“If he gave up smoking marijuana it might help with his attitude,” said the mother to the judge.

“Yes, you told me that,” said the judge.

“Stop taking weed, and your temperament might improve,” predicted the judge, almost re-quoting himself verbatim -stop taking dope, and talk to the Probation Officer” – from their last appearance before Judge Zaidan on 19 May.

The son was adamant he had stopped smoking, and so the judge adjourned ruling on the case for three months to allow the Probation Service to complete its work.

“You’re young, I wish I was 21 again. You have the whole world at your feet but you could blow it,” said the judge.

“Life can be good if you grab it with both hands,” he added.

“It doesn’t matter what religion you are, but there is no better blessing than your mother’s love,” said the judge, before he put the case back 6 October.

Before they left, Sergeant Brian Jacob offered a solution to the cannabis conundrum, and recommended the judge decree that the son also submit for urinalysis with the Probation Service to see if he s living up to his assertion he has stopped smoking, and the judge agreed.