THE Preliminary Round of the Joe Mallon Motors Kildare Senior Football Championship gave us a few shocks, a few surprises and a few near misses but above all some great entertainment, some exciting finishes and a number of stand out performances over the eight games played. 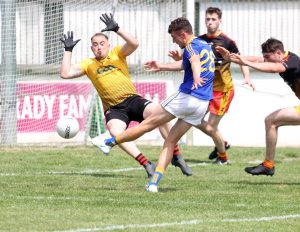 More debate will be generated, no doubt, once the team is announced.