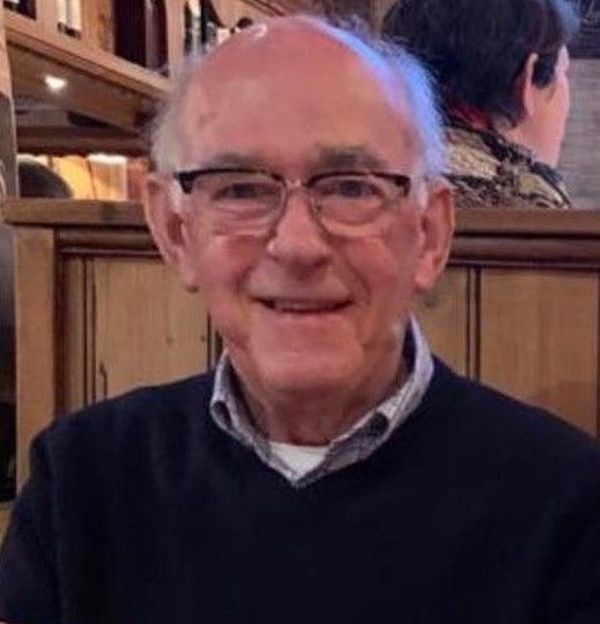 WARM tributes have been paid to Bernard ‘Benny O’Gorman, ‘the elder statesman of the steam and vintage community’ who died following a tragic accident last week whilst working on a steam engine in preparation for the Stradbally Steam Rally.

Speaking at his funeral mass in Naas Fr Paddy Byrne, a second cousin of Mr O’Gorman, said a great light had been extinguished in Benny’s passing in what he described as a freak accident.

“It was ironic and somewhat appropriate that Benny died while working on a steam engine,” said Fr Paddy, adding that it was of some comfort that he died doing something that he loved so much.

Such was the high esteem in which Benny was held that his colleagues in Stradbally Steam Rally sent three engines to provide a guard of honour at his funeral.

Fr Byrne described Benny as a true gentleman who was over and above all a great family man and his loss was being felt particularly by them but also by his other family in the steam and vintage community. He had bought his first vintage car when he was just 21 years of age for £7, he said.

He had spent all his life around steam engines and his love of family and steam was demonstrated in the items presented at his funeral mass. A photo of Benny and his wife and life partner Mary was the first item brought to the altar followed by a painting of a steam engine by his granddaughter Kathleen. His cap was also brought up as it was such an integral part of his personality and a song book, as he always enjoyed a sing song.

Speaking at his funeral his son Seán said his brother Bernard had summed up his father very eloquently when he said “In size he was small but in stature he was a giant.”

He said Benny, who was a native of Athy grew up with a very strong work ethic which he inherited from his own father Jack and mother Bridie. He was a very intelligent man who had a huge ability to make a decision  and was never shy of pushing forward in business.

But as successful as he was in business he was even more successful as a family man and always had time for each and everyone of his children. Seán recalled the many pop-up parties the family enjoyed over the years at their wonderful home in Maudlins and in latter years in Ladytown.

Seán paid tribute to the gardaí and emergency services who had attended at his father’s accident and who he said were “brilliant people at their job who don’t get the recognition they deserve”.

He also paid tribute to his mother, siblings and extended family who had been so united in the aftermath of Benny’s passing.

Benny was the vice-chairman and former director of the Irish Steam Preservation Society (ISPS), following in the footsteps of his father Jack, whose family had been in the car and lorry trade in Athy and Naas since before the second world war.

“I’ve known Benny all my life, he was heavily involved with the ISPS,” said Nigel Glynn, Chair of the Stradbally rally.

“The family have had a long tradition with us, and the O’Gormans had three steam engines in the Rally each year – he was a massive part of Stradbally,” he said.

Benny and son Seán would also regularly take part in the Easter Parade in Naas proving to be one of the most popular participants with their steam engines.

“Benny O’Gorman was one of the wisest men I ever knew. He wouldn’t speak much, but when he did you’d listen,” said Nigel.

“He was a very honourable fellow, and you couldn’t fault the man,” he said.

“Some of our steam engines have gone to Athy this morning for a guard of honour, and at 12.30 today (Monday) we will blow off all the whistles in the field as a big tribute to mark the passing of Benny,” he said.

He was laid to rest yesterday in St Michael’s New Cemetery in Athy, following a funeral mass in Naas.