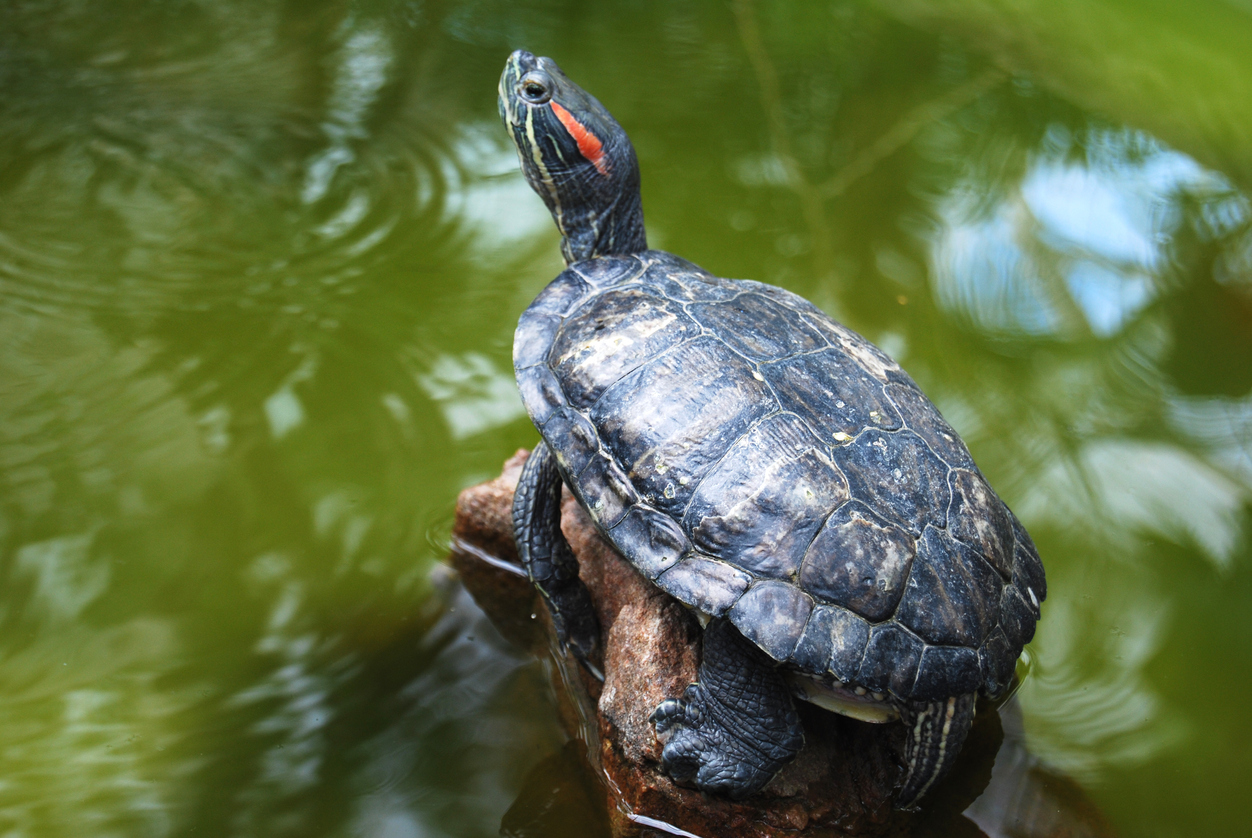 People across Kildare have been urged to be on the look-out for an invasive alien species known as pond sliders – a species of semi-aquatic turtle.

The National Parks and Wildlife Service (NPWS) has put out an alert for the invasive species which were first reported in Ireland in 2003. More recently, they were identified in The Lough, Cork city and the National Botanic Gardens, Dublin. There have also been sightings in Leixlip.

Pond sliders have three subspecies: Red-Eared Slider, Yellow-Bellied Slider and Cumberland Slider. The main pathway of introduction for this species is through pet owners releasing them into the wild. Often, the full adult size and lifespan of the species is unknown to pet owners initially.

Pond sliders are generally sold as hatchlings; they can grow to 30cm and live for up to 50 years. When the pets can no longer be cared for, they are released into the wild. They cannot reproduce in Ireland’s climate.

The NPWS said that while this discovery is not a cause for alarm due to the fact that the species has been long established in the country, it is a reminder to be vigilant as to not allow its further spread.

Pond sliders are found to compete with native species for food and resources and use the nests of birds as basking sites. They are also potential carriers for diseases and parasites which can be passed on to native species and humans – for example, it’s thought that they could be a vector of salmonella.

And, as the species develops, it can become more omnivorous; while it mainly eats plants, it can also predate on young birds and fish, impacting our natural biodiversity.

The NPWS is planning to work with the National Biodiversity Data Centre and the Herpetological Society of Ireland to develop a national eradication plan.

Should any further pond sliders be found, records of sightings – including a photo if possible – can be submitted via the National Biodiversity Data Centre website or the NBDC mobile app.

For general queries or information relating to invasive alien species, email the NPWS at [email protected] Further information on the pond slider, including identification aids and contact details for the competent authorities, can be found on the Biodiversity Ireland website.