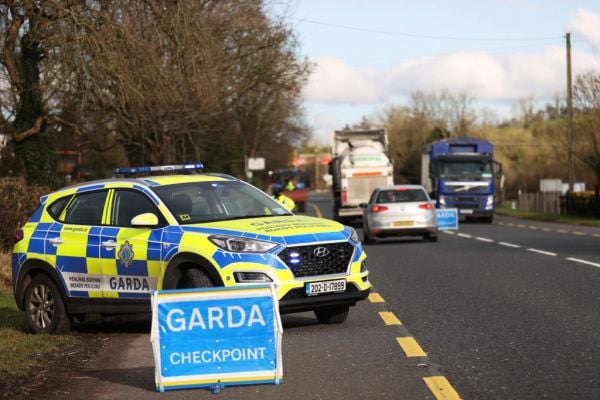 Just under 3,000 motorists were caught speeding over the August Bank Holiday weekend according to figures from Gardaí.

As part of a national road safety campaign there was an increased garda presence on the roads from 7am on Thursday, July 28th to 7am on Wednesday, August 3rd.

During that period, 2,937 drivers were detected travelling in excess of the posted speed-limit.

A further 180 motorists were issued with Fixed Charge Penalties for using a mobile phone while driving, and 47 were penalised for not wearing a seatbelt.

Gardaí said 810 MIT checkpoints were carried out over the six-day period.

Over the bank holiday weekend, one person died on the roads, while there were also 15 serious injury collisions reported.

So far this year, 96 people have been killed on roads in the State.

“There has been an alarming increase in road fatalities in 2022,” Garda Assistant Commissioner Paula Hilman said.

“I would like to thank all those road users who endeavoured to improve safety of our roads this August Bank Holiday weekend, unfortunately there are people who continue to disregard the safety messages.

“There were lifesaver detections over the Bank Holiday weekend. An Garda Síochána remains committed to ensuring compliance with road traffic legislation to improve safety on our roads for all road users,” she added.