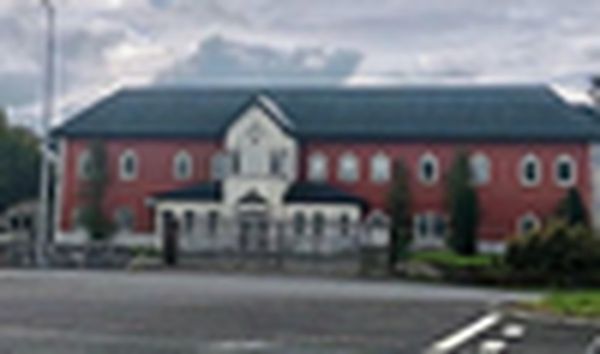 A COUNCILLOR has learned that a delay in getting the landmark Red House Hotel open for refugees is because it has yet to reapply for its Fire Safety Certificate.

Cllr Noel Heavey asked the council “how or why the Red House Hotel, Ladytown ‒ presently listed as derelict ‒ has not been brought forward as a completed project?”

“Between the two conurbations of Naas and Newbridge is this vast hotel, while we’re in all sorts of emergencies with accommodation,” said Cllr Heavey.

“Can we bring in builders to demolish it and remove all the rubble or are we going to keep it?” he asked.

“I will keep pressure on to see what will happen with what has been called a derelict site,” he said.

“The original development was granted a fire safety certificate. However, in the opinion of the fire authority, the Red House Hotel was not built in compliance with this,” said Celina Barrett, Kildare’s fire chief.

“The nature of any works that may be required to bring the building into compliance with the fire safety regulations will be dependent on the proposed use of the building and any new development at this location will require a new fire safety certificate,” she clarified.

“It’s time to get off the pot and come in from the cold and engage with the owners,” said Cllr Heavey.

“It’s passed by loads of buses every morning, every hour,” he said.

“Unless we go with a CPO we’re stuck, because it’s in private hands,” said Cllr Peggy O’Dwyer, who revealed that the owner lived in Cork.

“It’s a bit of a white elephant and we shouldn’t allow it to be left there,” said Cllr Mark Stafford.

“I’d like a confirmation from the council that a dereliction notice has been served,” he added.

“There’s a big building, and a big need, but the answers are not helping,” said Cllr Heavey.

“Could you ask the director of services what the specific hold-up is?” asked Cllr Suzanne Doyle and the district manager Joe Boland said: “I’d be delighted to do that.”